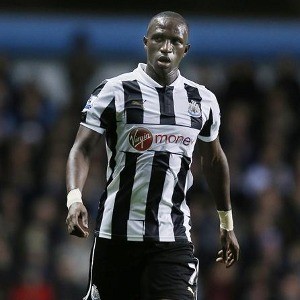 Newcastle United midfielder Moussa Sissoko has been the centre of a lot of talk with the January transfer window approaching. The Frenchman has been a shining light in Alan Pardew’s side this season and even in moments when the Magpies have struggled as a team, Sissoko has stood out. It is apparent that a lot of clubs in the Premier League are going to come calling for the midfielder in January, but he has revealed his affinity for a particular team.

Arsenal, one of the big names mentioned in the race to sign Sissoko, have been handed a boost, as the 25 year-old has opened up about his long-standing love for the Gunners.

Sissoko said, in an interview published by Le 10 Sport, “When I was young, Arsenal was my favorite club. There was my idol Patrick Vieira. I’ve always loved this club. I still love it.”

Soccerlens reported Arsenal’s interest in Sissoko at the start of the month, and the bid to sign the commanding midfielder is only going to step up. There are many who believe that the main thing that the Gunners are missing in their bid to become title-contenders is a big, strong, box-to-box midfielder. Sissoko fits that bill perfectly. Chelsea are also said to be in the race to sign the former Toulouse man.

The player though, has said that no official offer has come his way yet. He has gone on to pledge his future to Newcastle for the remainder of this season.

“I have an agent who deals with all that. If something should happen, it will happen. In January? There were no offers. So I will be in Newcastle until the end of the season. After that, we’ll see”, said Sissoko.