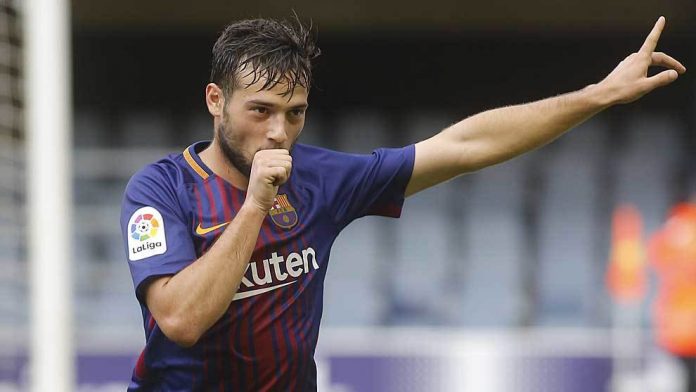 Arsenal may be in for a very busy January transfer window indeed. Their top priorities will, of course, be to look and tie Alexis Sanchez and Mesut Ozil down to the club. Both players are out of contracts in the summer, and the Gunners face a conundrum over cashing in now versus risking losing them for free in 6 months.

One player who looks like he could be on his way to the Emirates is Barcelona prodigy Jose Arnaiz, according to reliable Spanish source Marca. The 22 year-old Barcelona B product made his debut for the first team this season, playing and scoring in a win over Real Murcia in the Copa Del Rey back in October. As a winger though, his chances of making regular appearances are going to be few and far between. He is the top scorer for Barcelona B this season, but is yet to make an appearance in the league. With the likes of Ousmane Dembele, Gerard Delofeu and Arda Turan vying for places in the first-team, it could be a while before Arnaiz is given a look in.

His release clause is £17.7 million, which Arsenal are willing to meet. The Gunners are no strangers to signing young talents from Catalonia in the past, having procured Cesc Fabregas at the age if just 16 almost 15 years ago. He went on to make over 300 appearances for the club in all competitions, also taking the captain’s armband.