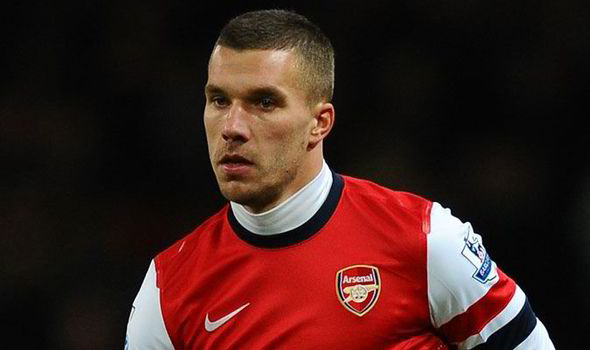 Galatasaray have reached an agreement to sign German striker Lukas Podolski from Arsenal for £1.4 million, according to Turkish newspaper Aksam. The report states that the deal will be announced in the next couple of days, but the move has been agreed in principle between the two sides. Podolski is expected to sign a three-year deal at Istanbul.

Podolski has been on loan at Serie A side Inter Milan since January after being ostracised by Arsene Wenger at the Emirates. Signed by the Gunners in 2012 from Koln, the striker was unable to cement a regular place in the starting line-up. Despite this though, he managed a decent return of 16 goals in his first season, before scoring 12 in his second.

But, with Olivier Giroud playing at the centre forward position, he was often forced to play out-of-position on the left. As a result, he lost his place with the national side as well, hardly playing in Germany’s World Cup winning campaign in Brazil last year. He was quoted as saying in an interview yesterday (reported here by ESPN)that he would want to stay in North London only if he was guaranteed first-team football.

Still only 30, he has an incredible 125 international caps to his name, and it wasn’t long ago that he considered one of the most effective and lethal strikers in the world. But now, his market value has clearly taken an almighty hit, so much that Arsenal have agreed to sell him for a measly sum of £1.4 million.

There was a lot of speculation in January linking Podolski with a move back to his home country, but he was instead loaned out to the Serie A. But with just 1 goal in 18 appearances in all competitions at the San Siro, he hardly did his chances to getting back into the reckoning at Arsenal any good.