Alexandre Lacazette is one of the hottest strikers in the upcoming transfer window, and some top Premier League clubs are looking to sign him. Manchester United, Liverpool, Chelsea and Arsenal have been mentioned in the race for the Frenchman, who has had a dream campaign with Ligue 1 side Lyon. But the club’s president, Jean-Michel Aulas, has come out today and stated that even €50 million will not be enough to buy Lacazette.

Aulas said, in an interview to Canal+ relayed here by Gianluca Di Marzio, “Nothing is certain in football, but I think Alexander will stay with us. We’ll do all we can to keep him. Even 50 million wouldn’t be enough, he doesn’t have a price.”

Lacazette has scored 31 goals in all competitions and has spearheaded his side to a 2nd place finish in the league. He is also the top-scorer in Ligue 1 with 27 goals. 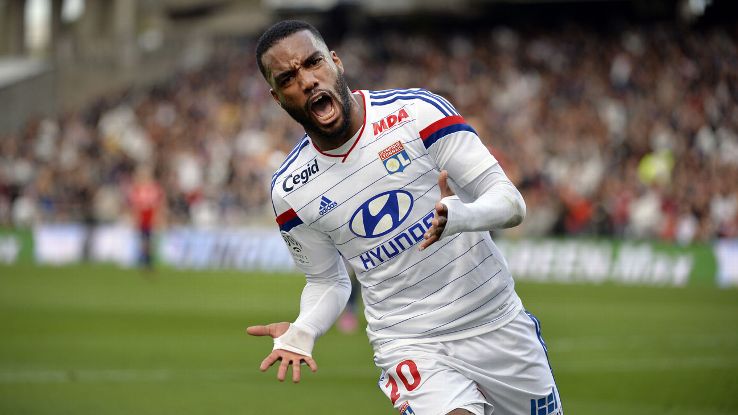 Arsenal are on the lookout for a top striker in the summer after Olivier Giroud’s displays this season have been extremely inconsistent. The Gunners are on course to finish in the top 3 but will want a proven goalscorer in order to compete for the title next season.

United too, are in the hunt for a prolific forward after Radamel Falcao’s flopped loan deal and Robin van Persie’s utter lack of form.

We earlier covered why these two clubs need to bring in a world-class forward in the summer, and Lacazette fits the bill perfectly.

Liverpool are still on the look-out for a replacement for Luis Suarez, as they struggled for goals this season after selling the Uruguayan to Barcelona. Manager Brendan Rodgers is under pressure to deliver, as this season’s potential 5th-placed finish is a major disappointment after finishing runners-up last year.

Champions Chelsea are eager to add to their squad in order to be better equipped to retain their crown next season. The Blues already have Diego Costa and Loic Remy as their first choice strikers and will therefore be hesitant in spending over €50 million on the Lyon man.

Lacazette, at just 23, has a bright future ahead of him. There have been many French strikers, like Eric Cantona and Thierry Henry, who made their name following moves to the Premier League early on in their careers. The stage is set for another similar story.