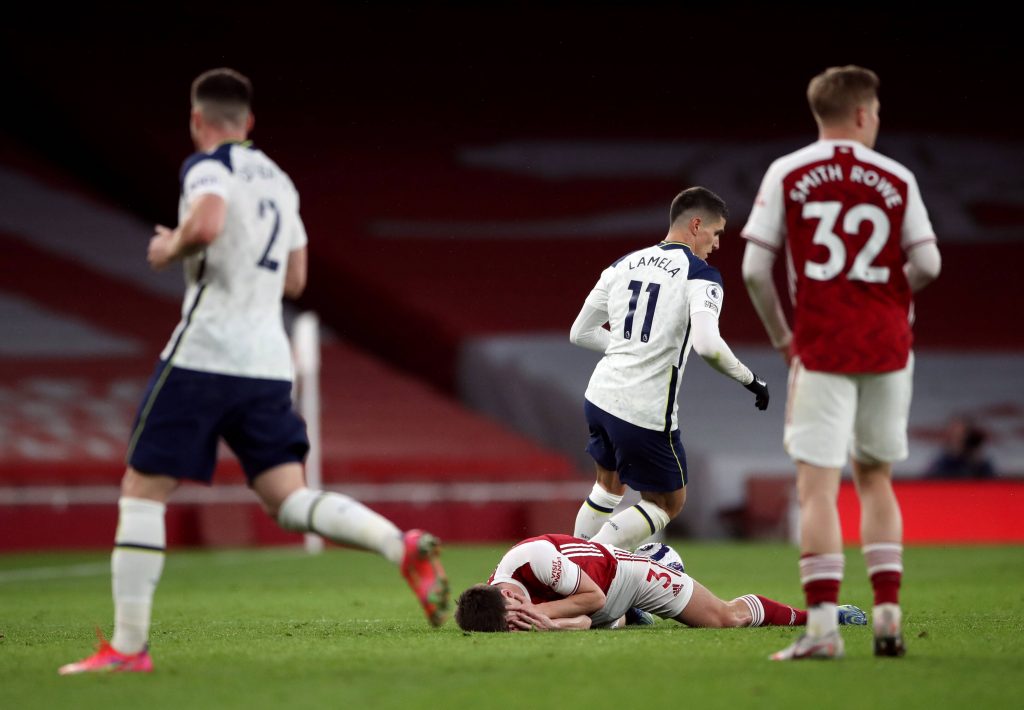 It’s Monday morning again – these things come around so fast! As has become the custom around these parts, the start of a new week means that we have to roll out another ‘Three Things’ column.

Regular readers will know that we’re no lover of cheating footballers, and it is with great sadness that we have to confirm that the Premier League’s biggest cheat has been at it again.

With Roy Keane now otherwise engaged, we do our best to rake our studs down the shins of a thoroughly pathetic ‘footballer’. Oh, and we have a look at a couple of other things too.

Tierney adds to his cheat sheet

Keiran Tierney has become a ‘Three Things’ regular over the past few weeks, and the Scottish soft man has unfortunately found his way into our latest column.

The Arsenal full-back’s pathetic face-holding antics saw Erik Lamela dismissed from the north London derby on Sunday, ending Tottenham Hotspur’s hopes of getting back into the game.

Let’s put this in simple terms. Lamela did not hit Tierney in the face. The word ‘cheat’ doesn’t begin to describe Tierney’s antics. Disgraceful, disgusting, despicable.

Jose Mourinho was clearly annoyed by the decision to award Arsenal a penalty in the derby game, and the Tottenham Hotspur manager was right to feel aggrieved.

Alexandre Lacazette took an air shot at the ball before being knocked over by Davinson Sanchez, sparking referee Michael Oliver into pointing to the spot.

Lacazette dusted himself down to fire home the winner for Arsenal, but Oliver’s decision was a joke. Officials should be forced to explain their decisions after games – maybe they’d stop making mistakes if there was more accountability.

West Ham United have performed beyond expectations this season to force themselves into contention for European qualification.

However, they missed a golden opportunity to stay in the mix for a top-four spot with an overly cautious display at Manchester United on Sunday.

Manager David Moyes was unable to shake off his defensive tendencies, and the Hammers could well be left to regret this result at the end of the season.