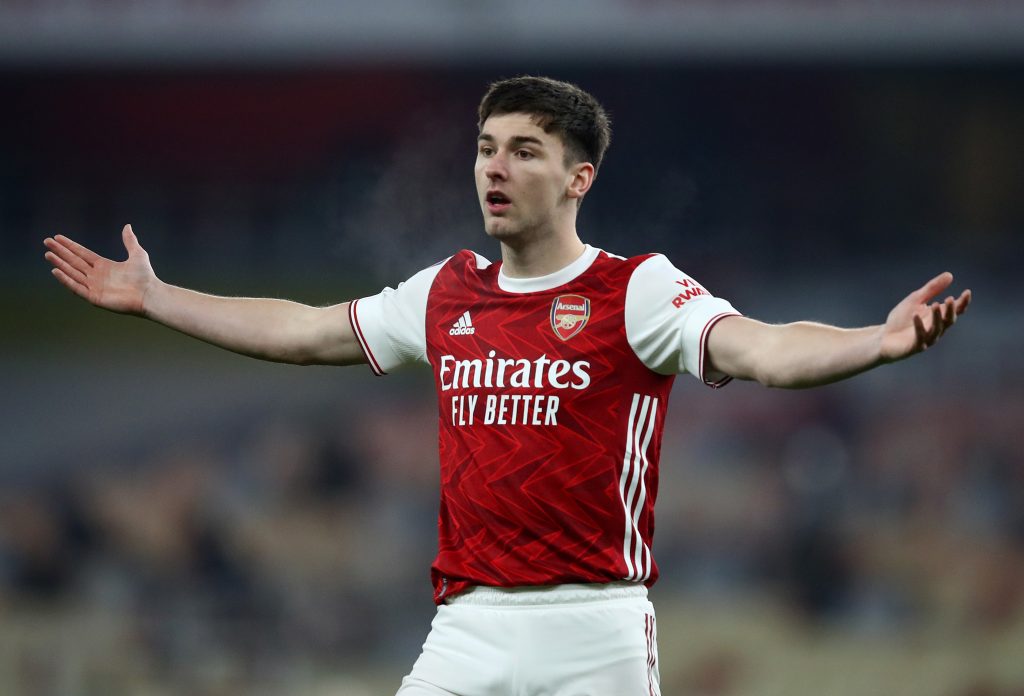 Arsenal defender Kieran Tierney is back in training after missing the last six games with a leg strain.

The 23-year-old has been a standout performer for the Gunners this season, and his return to action is a major boost ahead of a challenging period for the club.

Mikel Arteta’s side face Benfica in the Europa League on Thursday, before hosting Manchester City in the Premier League three days later.

They follow up the return leg against Benfica in midweek with a tough trip to face Leicester City in the league the following Sunday.

Tierney’s return is positive news for manager Mikel Arteta as he strives to deliver success this season.

The Scotland international has not played since mid-January having suffered a strain to his lower leg, and he has been badly missed over the past few weeks.

Arteta has used Cedric Soares in the left-back role, but his presence on that side of the pitch leaves Arsenal’s backline looking unbalanced.

The Gunners have won just twice during Tierney’s absence, and they will be delighted to have him back in the fold.