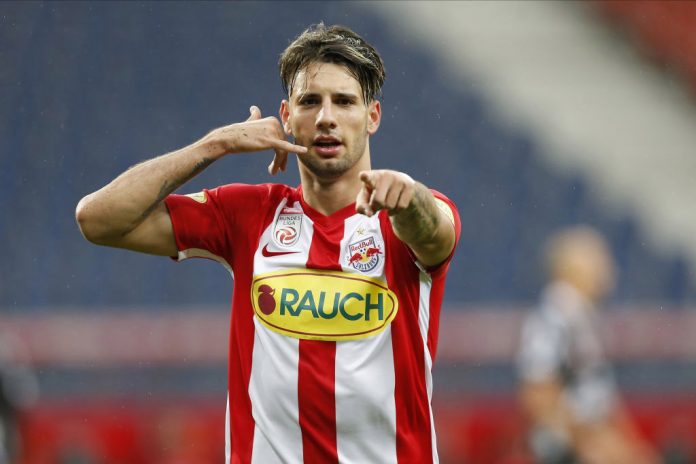 The Gunners have been interested in the Hungary international for over a year and were keen on bringing him to the Emirates in the January transfer window. Bayern Munich and Real Madrid were understood to be interested in signing the player next summer. Despite interest from these clubs, the 20-year-old has made up his mind and is set to move to RB Leipzig, the sister club of his current side Red Bull Salzburg.

Szoboszlai has a release clause which is believed to be £23 million. He was expected to make a decision on whether he wanted to leave the Austrian side in January or stay with them until the end of the season by December 15th but it looks like he has made up his mind well ahead of his deadline.

The Hungarian midfielder has been in scintillating form this season which has seen him score eight goals and provide nine assists in 19 games across all competitions. Szoboszlai joined RB Salzburg from Austrian side FC Liefering in 2018. Since making the move to RB Salzburg, he has scored 25 goals and provided 33 assists in 80 appearances across all competitions.

The 20-year-old is considered to be one of the most exciting young attacking midfielders in Europe and is sure to add value to Julian Nagelsmann’s side while being able to play regularly in a more competitive league and showcase his talents on a bigger stage.

Arsenal will be disappointed to miss out on his signature and will have to focus on other targets as they look to address the lack of creativity in their side.

Lyon’s Houssem Aouar, Norwich City’s Emiliano Buendia and Inter Milan’s Christian Eriksen have been linked to the Gunners. It is imperative that the North London club bring at least one of these players to the club next month as they look to get their season back on track.