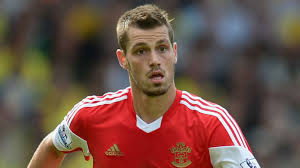 Arsenal have reportedly stepped up their chase in their pursuit of Southampton midfielder Morgan Schneiderlin who is also a transfer target for Italian side Napoli.

It is believed that the Naples outfit have offered €12m and forward Goran Pandev for the Frenchman but Arsenal manager Arsene Wenger is determined to bring the 24 year old to the Emirates in the summer.

Italian site TMW have also claimed that the Gunners have long set their sights on Schneiderlin as they are desperate to sign a defensive midfielder in the upcoming summer transfer window.

The story goes on to claim that a deal is imminent and might well be declared as soon as the World Cup gets over in Brazil. The Southampton star would seamlessly fit into the Gunners outfit and with Mikel Arteta ageing with each passing day, Schneiderlin remains the best possible option for the London club.

Schneiderlin had recently impressed with his classy performance in his central defensive midfield role for France in the Les Blues’ last group encounter against Ecuador. Wenger who is also in Brazil working for beIN Sports as a pundit wants to earmark the deal with another French acquisition likely in the upcoming transfer market.