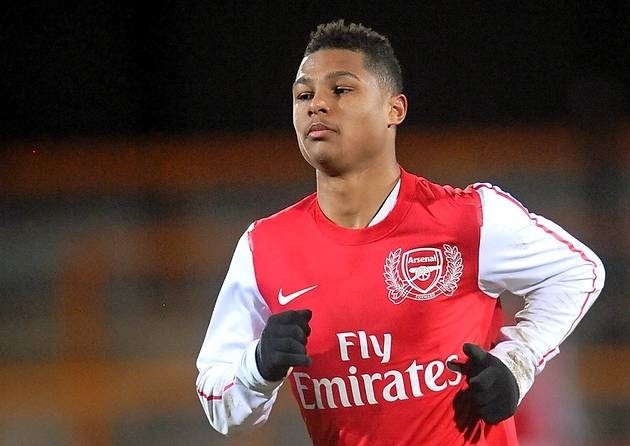 Dortmund have already lost striker Robert Lewandowski, who will join Bayern Munich next summer on a free transfer and manager Jurgen Klopp will be looking for quality replacements, either in the winter transfer window or next summer.

Hoffenheim’s Kevin Volland (21) is thought to be prime candidate to replace the Polish striker, but Bild says Dortmund are interested in Arsenal’s German youngster Gnabry. Though the 18-year-old is not a striker and plays mainly on the wings, and therefore won’t be a direct like-for-like replacement for Lewandowski, but Klopp says that Dortmund are “considering different players and different systems.”

Despite the interest, it remains to be seen, whether Dortmund can actually prise Gnabry away from Arsenal.

The German youngster is not only seen as a bright prospect at the London club, but at the same time, he could play a major role this season, especially now that Theo Walcott will miss the action for the reminder of the campaign.

Also, the player is under contract till 2018, so Dortmund won’t be able to get him on cheap. But, most importantly, Arsenal won’t sell him at the moment, unless the amount is too good to refuse. Then also, doubts persist.