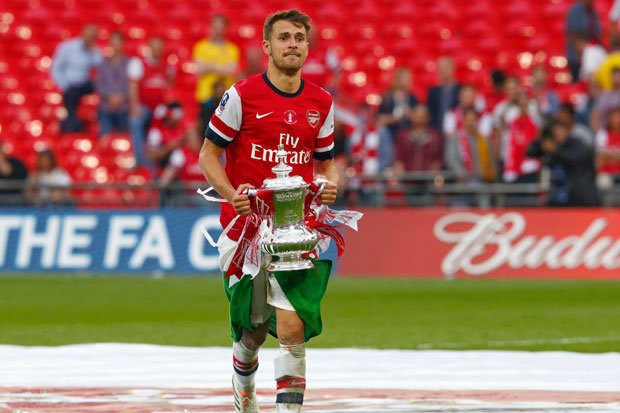 Arsenal seasons are more or less similar every year (in the recent past), with Wenger’s side finishing in top 4 and winning nothing.

However, Arsene Wenger and his men broke the trophy drought last season and might end this season with a trophy as well.

Having had a more or less similar league campaign, Arsenal will look to end the season on a high when they face Aston Villa at Wembley on the 30th of May.

Given their recent run of form, the Londoners will go into the game as favourites to defend their FA Cup trophy.

After spending years in transition, Arsenal are finally looking like a club who can make it big. Here are three interesting things to look forward to next season.

Can Arsenal finally shed their title of a ‘top four club’ and go onto win the title?

With the likes of Alexis, Ozil and Ramsey firing for them, it is certainly not beyond Wenger’s team. However, this summer is crucial in terms of recruitment, as the Gunners will need to plug the gaps in their side and add to their talented core.

It will be interesting to see if Arsenal can finally add a top quality striker this summer. Like Thierry Henry said, Giroud is a good player, but you can’t see Arsenal winning the league with him.

The Frenchman has been in good form this season, but let his side down when it mattered most in the Champions league game against Monaco. Plus, the Gunners have had to rely on Alexis for most of the goalscoring this season.

As harsh it might sound, an upgrade is needed if Arsenal are to challenge for the league and do well in Europe.

Arsenal have had a miserable time in the Champions League over the last few years.

Their hopes of finally getting to the quarter final this season was slashed after an abysmal home performance against Monaco.

Arsene Wenger will be keen to address his side’s European woes and deliver a season to remember for the Gunners.

With the reported additions of Vidal and Martinez, Arsenal will have enough firepower to get to the final stages of the Champions league.

Arsenal are on the rise and it promises to be an interesting summer for the Gunners. Also, trophies in back to back seasons would mean they are no longer a fragile bunch in transition.