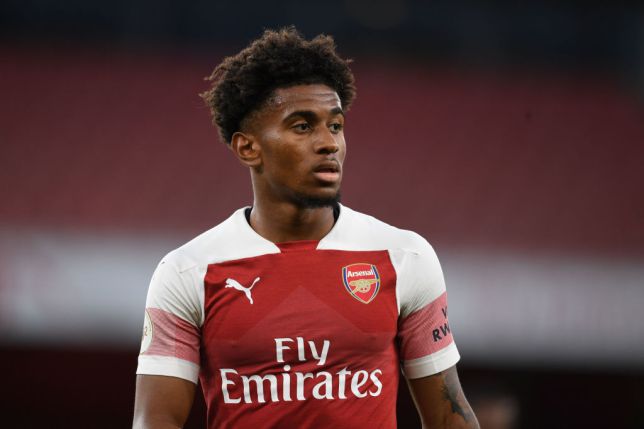 According to Sky Sports, Arsenal’s right-winger Reiss Nelson is close to sealing an exit, with TSG 1899 Hoffenheim manager Julian Nagelsmann admitted his side are nearing a deal for the 18-year-old.

“The transfer is not through yet, but we are very interested. I can confirm that. We are trying to make it happen. We have to solve a last few details,” he said.

“He is not very experienced, a very young guy, but I love to develop players. He is a player of another club that I try to develop.

“He has something special about him that we don’t have in our team at the moment. He has a lot of pace, is very good in one-on-one-situations and he can help us to get behind the defensive line.”

Nelson is out of contract at Arsenal next summer and doesn’t appear keen to signing a contract extension, opening the door to a move away from the Emirates. Hoffenheim are the frontrunners to procure his signature and should have a deal wrapped up soon.

The England u19 international, who has scored three goals in nine appearances at youth level, has risen through the youth ranks to the Arsenal first-team, turning out 16 times for the senior squad.

However, with some much competition for a starting place – Mesut Ozil, Alex Iwobi, Danny Welbeck and Henrikh Mkhitaryan – Nelson is unlikely to feature under Unai Emery.

Hoffenheim, who have finished fourth (2016/17) and third (2017/18) in the Bundesliga in the last two seasons, are currently 15th in the division without a point from their opening game.

Nagelsmann has enjoyed a successful stint in charge of the German outfit, so it’s easy to see why Nelson could be seduced into joining them. He will be a loss for Arsenal, however, as the teenager has real potential in football.