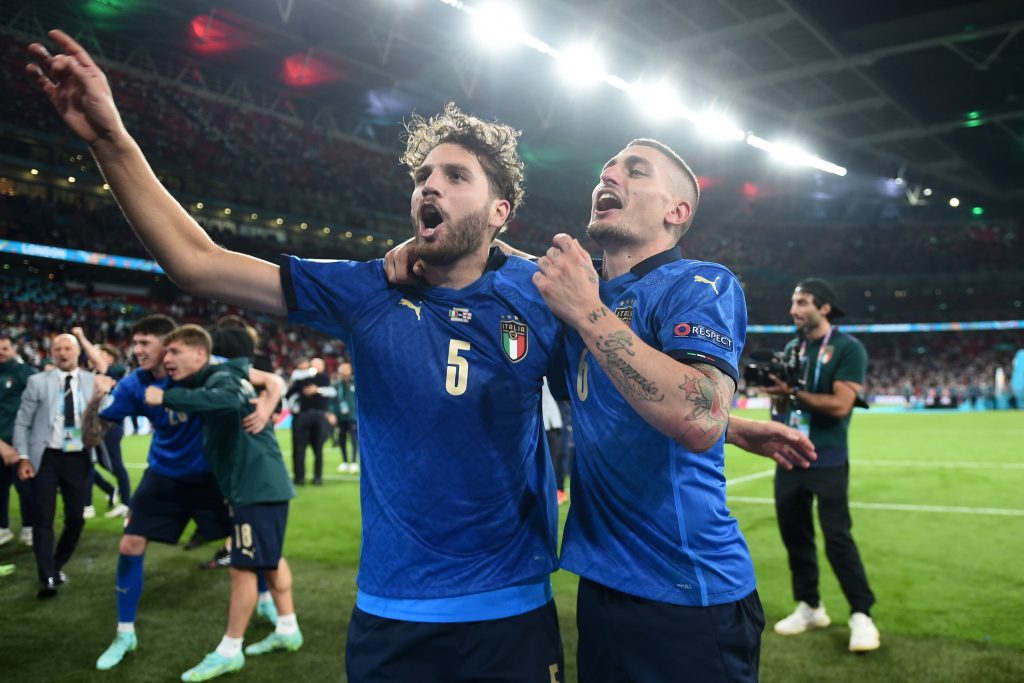 Arsenal are ready to make another attempt to sign Manuel Locatelli from Sassuolo this summer, but the player wants to move elsewhere.

According to transfer expert Rudy Galetti, the Gunners are ready to offer close to €40 million (£34.4 million) for the highly-rated midfielder.

🚨❌ #Arsenal want Manuel #Locatelli: #Gunners are ready to make an offer to #Sassuolo close to the request of €40M. To date, the main issue is the will of the midfielder who would prefer other destinations. 🐓⚽️ #Calciomercato #Transfers #SerieA #EPL #Juventus #PremierLeague

The piece of information comes as a bit of a contradiction.

Italian journalist Fabrizio Romano claimed earlier this month that Juventus have proposed a season-long loan for Locatelli with an obligation to buy for €30m.

Sassuolo have rejected the move for Locatelli, who impressed heavily during the European Championships for Italy.

The Serie A club are aware that Arsenal are willing to pay to meet their €40m valuation for the midfielder.

Italian media outlet Sport Mediaset claimed last week that the Gunners have bid around £38m (€45m) for Locatelli – more than Sassuolo have demanded.

While we can dismiss the report as over the top, the recent claim from one of the player’s agents is interesting.

It appears that the Old Lady have reportedly made another bid – this time £25m plus young midfielder Nicolo Fagioli – as they look to beat Arsenal in the race.

So, if the Gunners have already made a formal approach to sign Locatelli, Galetti must be suggesting a second bid for the midfielder.

Locatelli wants to play Champions League football next season, something the Gunners cannot offer him at the moment.

Arsenal have been linked with a host of midfielders this summer, with reports suggesting that the club are preparing an offer to sign James Maddison from Leicester City.