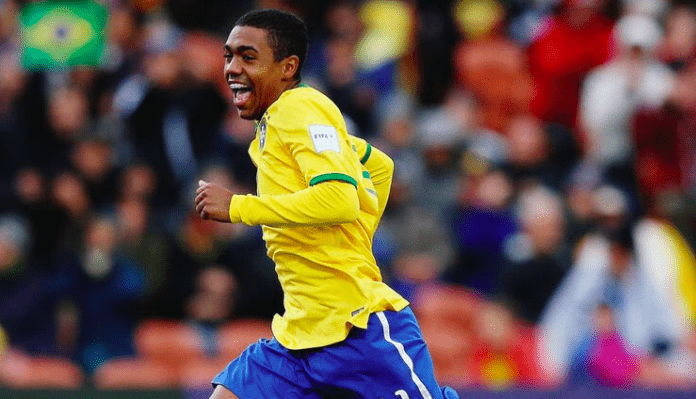 Premier League side Arsenal are set to hold talks with Ligue 1 side Bordeaux, as they rival Tottenham in the pursuit of Brazilian forward Malcom.

The 20-year-old has emerged as a potential replacement for Alexis Sanchez, who is expected to leave the club soon. It was looking as though the Chilean was headed to reunite with former boss Pep Guardiola at Manchester City, but a number of reports are indicating Manchester United’s interest in the player.

Regardless, the player is certain to leave Arsene Wenger’s team, which would leave a significant hole in the team.

According to Sky in Italy, Malcom has been valued at £40m by Ligue 1 side Bordeaux, who is also reportedly of interest to Bayern Munich and Manchester United besides arch-rivals Tottenham.

Malcom has further fueled speculation after posting on social media last week that he was learning English.

The attacker can play anywhere behind the striker and has seven goals and four assists in 16 Ligue 1 starts this season.

Arsenal have asked info to Bordeaux for the Brazilian winger #Malcom, 1997. He can be a good opportunity for January or for next season. There are many clubs on him: not easy. ?? #transfers #AFC #Arsenal