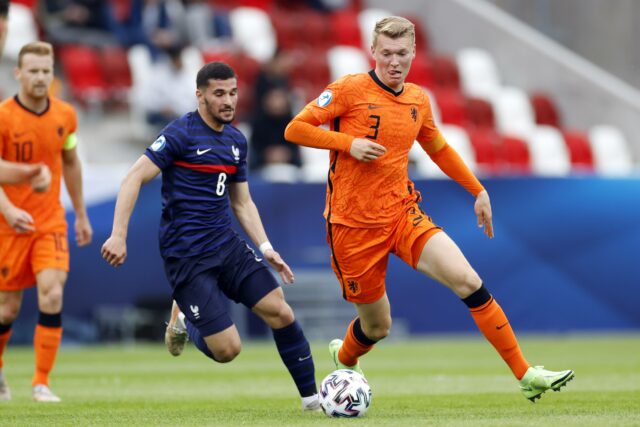 Arsenal are ready to bid for Houssem Aouar once again this summer, but they have a good chance of snapping him up this time.

The Gunners registered an interest in signing the 22-year-old midfielder, and they backed off after Lyon demanded £55 million.

The Ligue 1 club failed to qualify for the Champions League last season, and Aouar could be available for only £20m – a £35m drop from last summer’s valuation.

The figure is well within Arsenal’s price range, and they are confident of sealing a deal for him this time around.

According to reports from The Sun, the Gunners are readying a contract worth £100k-a-week to lure the midfielder to the Emirates Stadium.

The Spaniard still wants to bring in another midfielder this summer as he looks to add depth and quality to the squad.

Arsenal are also reportedly keen to sign Albert Sambi Lokonga, and the Gunners have made a formal move for the 21-year-old.

The Athletic’s David Ornstein claimed earlier this week that ‘there is a deal to be struck’ and that Anderlecht are ‘open to a sale’.

The Gunners are also looking to bolster their defence this summer and have reportedly made a bid for Brighton & Hove Albion defender Ben White.