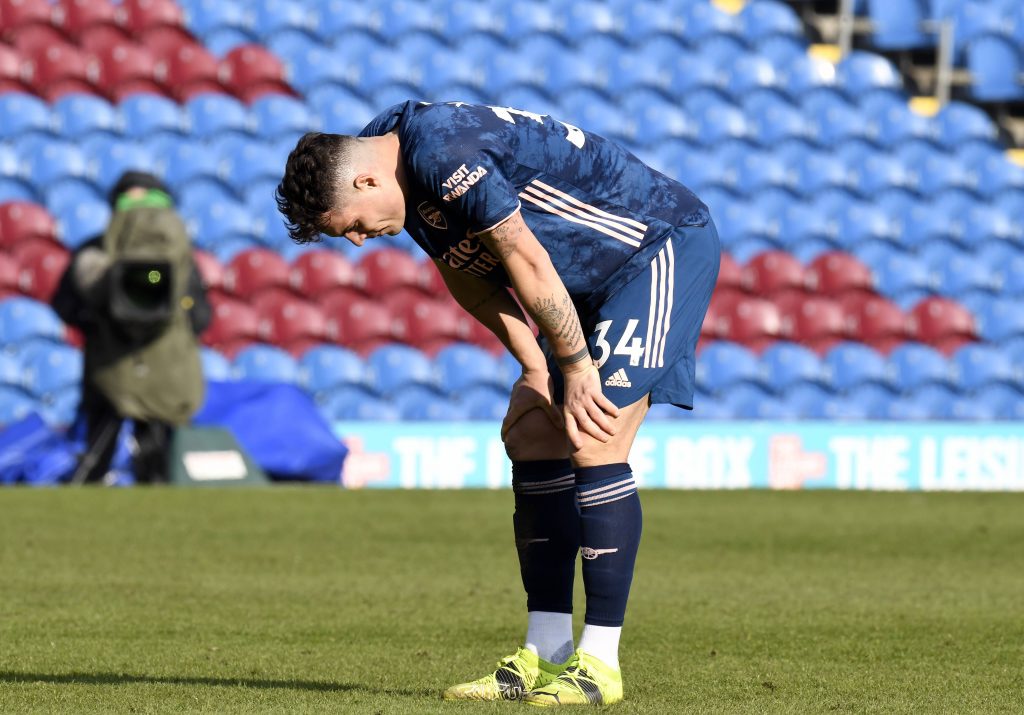 Arsenal have provided a worrying fitness update ahead of the Premier League clash against Liverpool at the Emirates Stadium tonight.

Earlier on Thursday, manager Mikel Arteta confirmed that Bukayo Saka (hamstring) and Emile Smith Rowe (hip) had yet to return to team training.

The club have now revealed that both players will be assessed ahead of the late kick-off against Jurgen Klopp’s side.

Granit Xhaka is also doubtful for the game as he was feeling unwell on Friday, but Willian is back in contention after overcoming a calf problem.

While Saka, Smith Rowe and Xhaka could yet play a part, the Gunners have provided a surprise update by confirming that David Luiz is ruled out.

The Brazilian is said to have experienced discomfort in his right knee, and it has been confirmed that he won’t be available for the game.

Smith Rowe and Saka have been pivotal towards the club’s season turnaround in recent months, and their absence will be a blow.

The club have the likes of Willian and Nicolas Pepe to provide cover, but the experienced duo have lacked consistency with their displays.

Xhaka has divided opinion among the fans over the years, but he has been one of the Gunners most improved players this term.

Barring a sending off and a horrendous mistake at Burnley, the Swiss has been solid in the centre of the park for the Gunners.

Should he miss the game, Dani Ceballos or Mohamed Elneny could come in to partner Thomas Partey in the heart of the midfield.

Meanwhile, Luiz had a game to forget at Anfield last term as he was sent-off, but he made amends with a strong display in the 2-1 win at the Emirates.

On his day, he can prove a tough competitor and difficult to score against. His leadership qualities will be a miss for the Gunners tonight.

Mikel Arteta has resisted the prospect of playing two left-footed centre-backs together this term, and Rob Holding may come in to replace Luiz.