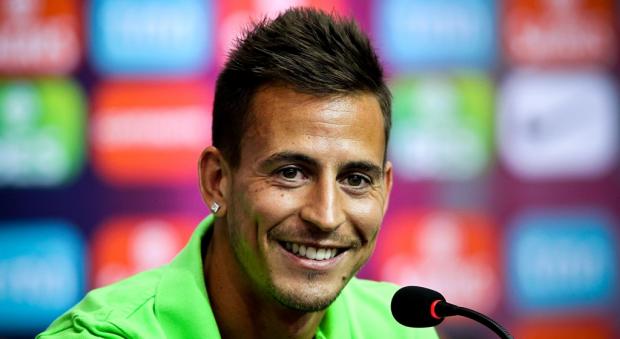 Arsenal are close to officially announcing the deal for Villarreal defender Gabriel Paulista, as recent reports confirm that the Brazilian has been granted the work permit to complete his move. You can read here my article – Why Arsenal fans will love Paulista.

It seems like the Gunners are looking for further reinforcements in defence. Italian website Tuttomercatoweb claims that the North Londoners have set their sight on Valencia’s right back Joao Pereira.

The 30-year-old joined Los Che from Sporting Lisbon in 2012 and has made 40 appearances for Portugal.

This season he has found his game time hard to come by with manager Nuno preferring Barragan at right back mainly.

Paulista is mainly a centre-back but can operate in right and left back roles. But it seems, Wenger wants an extra cover at the back, especially with Mathieu Debuchy suffering yet another injury this season and will miss action up to seven weeks.

Pereira is certain to the club and Arsenal could land him on a cut price deal. It remains to be seen whether Wenger at all makes a move for him, but TMW notes that the Gunners have other names on their short list as well.