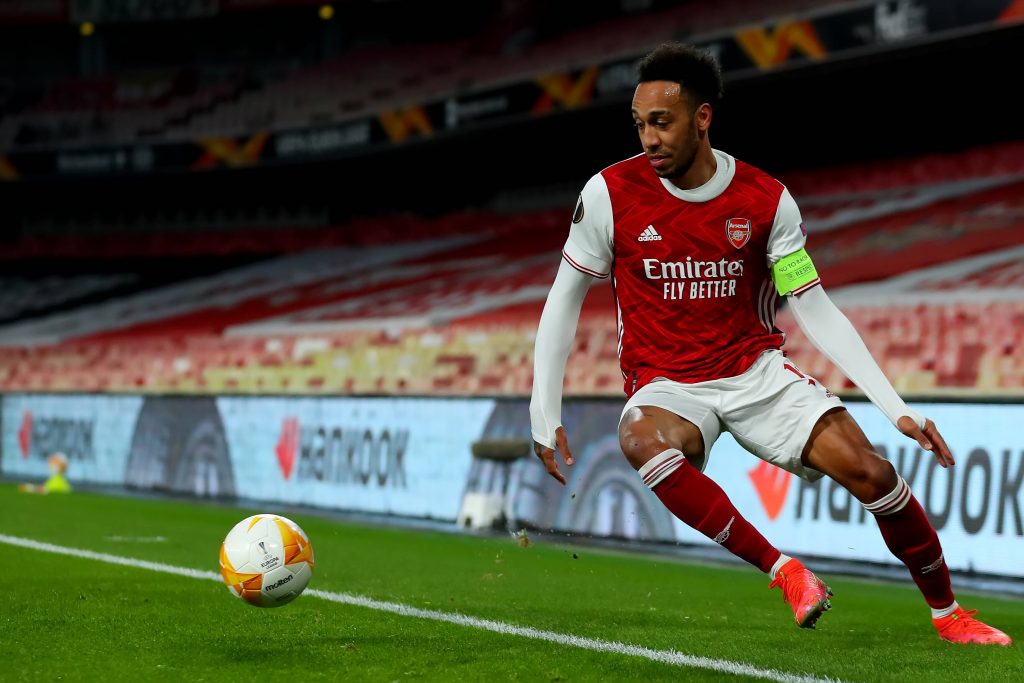 According to Football Insider, Arsenal are planning to listen to offers for striker Pierre-Emerick Aubameyang this summer.

The 31-year-old signed a three-year deal worth £300,000-per-week last September, but it appears that they already regret that decision.

The Gunners are believed to be keen to cash in on him for the right price to bolster their transfer coffers for the summer.

Aubameyang was reportedly willing to leave Arsenal for Barcelona at the end of last season to play alongside Lionel Messi.

Arsenal were said to have been left furious with the La Liga giants over their pursuit of the Gabonese and the persistent rumours linking him with a move to Camp Nou.

Aubameyang caught the eyes of Barca with his form at the time, having bagged the Golden Boot with 22 Premier League goals during 2018-19.

The Arsenal star also ended last season with 22 EPL goals, and while Barcelona are still looking for a striker after failing to replace Luis Suarez last summer, his form this term will not have done him any favours.

Aubameyang has just nine goals in 24 league games this season, and it is hard to see the Camp Nou giants still being keen on him.

There is a feeling among Arsenal coaches that he has peaked, and finding a suitor willing to meet their price and his demands could be tough.

While there are just four points and two places between them and the top-seven in the Premier League table with nine games to go, the Gunners could miss out entirely on European football next season.

Winning the Europa League or the rest of their league games is their most realistic route to continental football next term.

Failing to qualify for Europe would deal a huge blow to their finances and chances of landing top players in the summer, and while selling Aubameyang would help raise funds, not many suitors can afford the Gabonese at the moment.