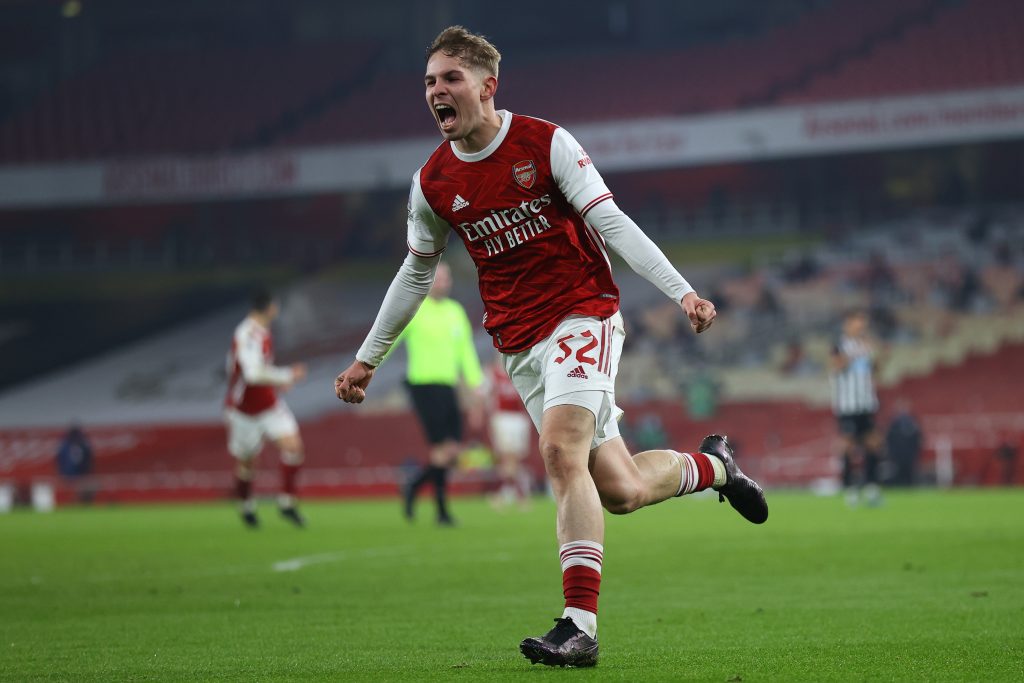 Arsenal are prepared to hand a new long-term deal to Emile Smith Rowe on the back of his impressive run of form over the past few weeks, The Daily Mail reports.

The 20-year-old made his first league appearance of the campaign against Chelsea on Boxing Day and he has since been a regular in the number 10 role for the club.

In his last six appearances in all competitions, the youngster has scored one goal alongside three assists and the Gunners have won five of those.

He still has two-and-a-half years left on his contract worth £15,000-a-week, but the Gunners are eager to commit him to a longer deal.

Bukayo Saka was handed a £40,000-a-week contract last year and The Mail claims that the club are confident that Smith Rowe will accept a new contract on similar wages.

Smith Rowe has become one of the undisputed starters for the Gunners after putting up a string of top-notch displays which has led to the club’s mini-revival.

He has done so by keeping the experienced Willian on the bench. The Brazilian has been pretty disappointing since his free transfer last summer.

The club are still on the hunt for another creative midfielder this month, but extending Smith Rowe’s contract should be one of their priorities as well.

The Hale End graduate has flourished from the attacking midfield role and he has immense potential to become a leading star in the future.

The club managed to renew Saka’s contract in July 2020 with under 12 months left on his previous deal, but they are keen to sort out Smith Rowe’s future as soon as possible.