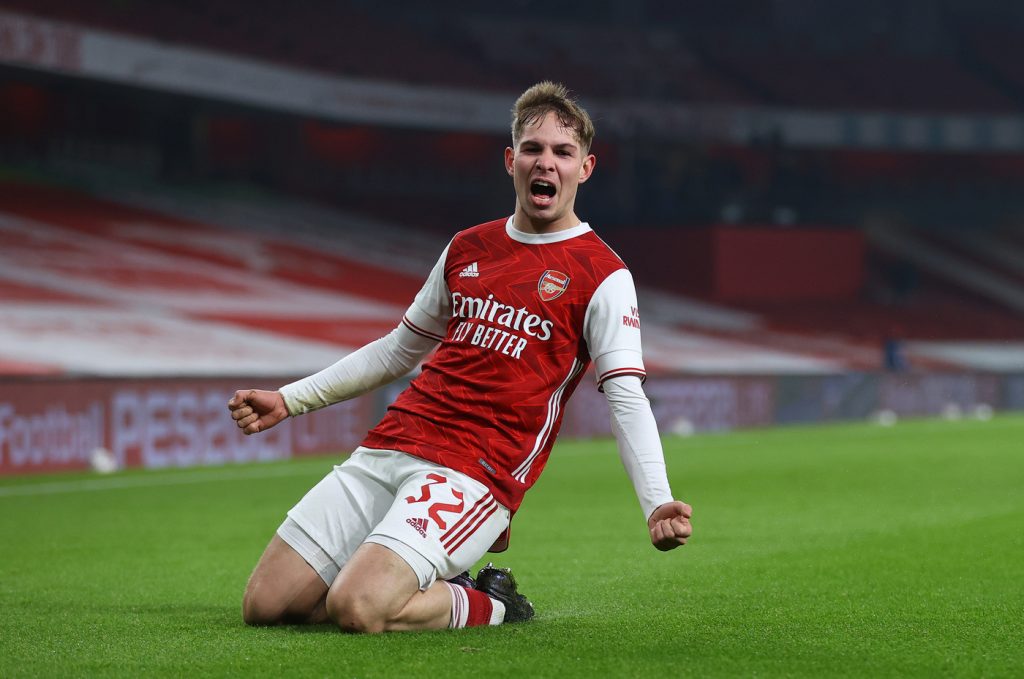 The 20-year-old was one of Arsenal’s best performers in the 3-0 victory at the Emirates Stadium and rightly attracted plenty of praise after the game.

The highly-rated playmaker is now showing the benefit of his successful loan spells with RB Leipzig and Huddersfield Town.

He told Sky Sports that those experiences had been invaluable to his development and he was full of praise for the role Mikel Arteta has played in his progression.

“I have been a bit unfortunate with injuries but the manager has given me a chance,” he said. “I am so grateful and I just want to repay him. Any chance I have I want to show I am good enough.

“I’ve been abroad and in the Championship and it has developed me so much off the pitch. I feel like I have matured as a person and it’s helped me in my journey.

“He tells me so much to play free, clear my mind and be confident. If I make a mistake he tells me to carry on. I’m so happy to play for a manager like Mikel and to get these opportunities.”

While it would be foolish to go overboard after just a handful of games, Smith Rowe is undoubtedly showing huge signs of potential.

In addition to his ability on the ball, Smith Rowe isn’t afraid to work hard for the team and that ethos will stand him in good stead in the future.

Whereas the likes of Mesut Ozil can be described as ‘all craft and no graft’, Smith Rowe is happy to muck in to help out his teammates.

The Englishman will hopefully kick on from here and establish himself as a regular in Arsenal’s first team for the foreseeable future.