Dinamo Zagreb midfield prodigy Alen Halilovic has ended the uncertainty surrounding his future by revealing on his ‘Instagram’ page that he is to join La Liga giants Barcelona this summer. 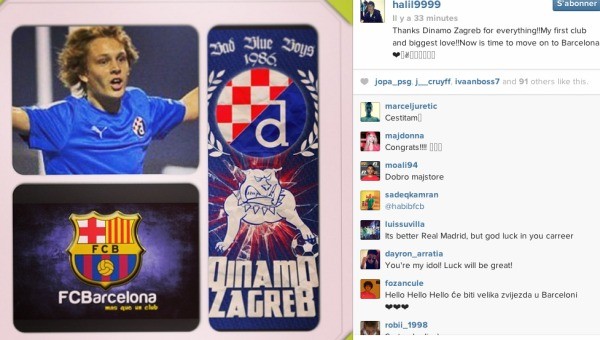 An armada of suitors began to circle last year, with Arsenal reportedly joining the likes of Chelsea and Real Madrid in showing a real interest when the youngster became the youngest player to appear for Zagreb at 16 years and 101 days.

Now 17, Halilovic has played almost 50 games for Zagreb, and also appeared three times for the Croatian national side, such is his incredible potential.

Now, after months of speculation, Barcelona have seemingly won the race for the midfield talent, and will pay €5m for his services according to ‘MARCA’. 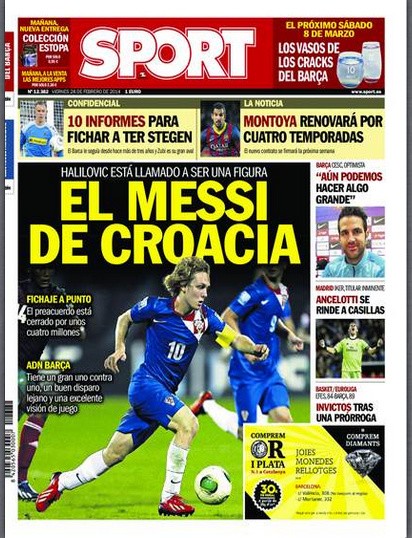 Dubbed the ‘Croatian Messi’ by a number of outlets, Halilovic has a low centre of gravity and a dribbling style much like the Argentinian captain. He has a footballing intelligence and deftness of touch far ahead of his time, and the confidence to attempt the spectacular.

At just 17, he is one of the brightest young talents in world football. While he will most probably start in the Barca B side, considering his undoubted potential, we will surely be seeing the young Croat dancing his way across La Liga pitches very soon.

What do you think? Can Halilovic be the next big thing? Let me know in the comments below…