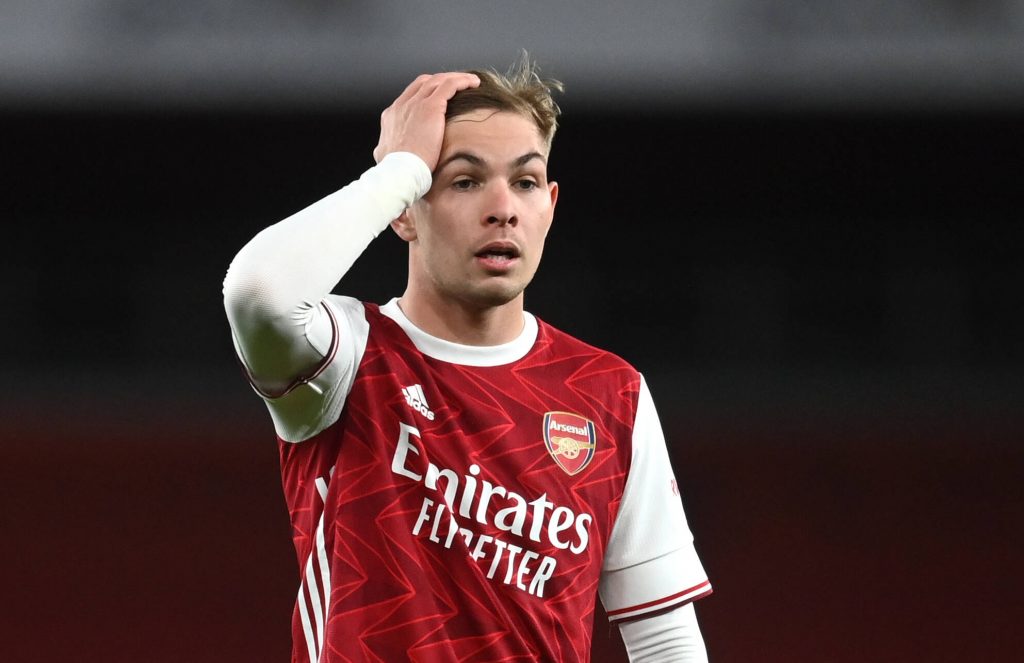 Arsenal have opened talks over a new deal for Emile Smith Rowe.

According to David Ornstein of The Athletic, the Gunners have started negotiations with Smith Rowe over an improved contract.

The 20-year-old has been outstanding since breaking into the senior team this season. He has emerged as an integral part of Mikel Arteta’s plans, making 16 appearances this term.

After securing contracts for Bukayo Saka and Folarin Balogun, the Gunners have turned their attention towards securing the long-term future of Smith Rowe, who is about to enter the final two years of his existing deal.

The youngster, who was brought into the first team against Chelsea on Boxing Day, has registered seven assists in the Premier League and Europa League.

While Smith Rowe and Martin Odegaard, on loan from Real Madrid, have helped improve Arsenal’s creativity, the Gunners are still planning to sign another no 10.

Arsenal’s summer recruitment will be heavily influenced by finances as the club suffering from the effect of the coronavirus pandemic.

Ornstein claims that Brazilian defender David Luiz is set to leave the club as a free agent. Loan spells for Dani Ceballos and Mat Ryan will end, while Hector Bellerin and Reiss Nelson face uncertain futures at the club.

Lucas Torreira and Matteo Guendouzi, on loan at Atletico Madrid and Hertha Berlin, are likely to be sold.

In other news, Arsenal legends Thierry Henry, Dennis Bergkamp and Patrick Vieira are working with Spotify owner Daniel Ek to buy the club.