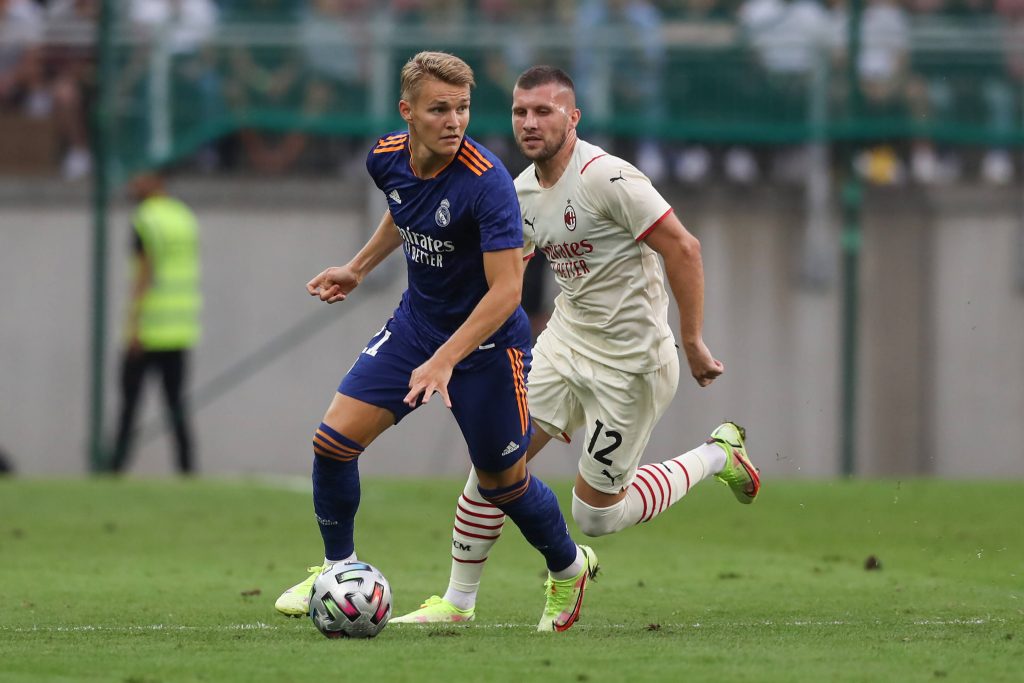 The Norwegian had a productive loan stint with the Gunners earlier this year, bagging two goals and two assists from 20 appearances.

He did not make regular goal contributions, but his overall distribution created more chances, improving the club’s creativity in the final third.

The Gunners have always had him as the priority target for the attacking midfield role, and they are ‘cautiously optimistic’ of landing his signature.

They are negotiating the structure of the deal with Los Blancos. Odegaard’s shirt number from last season (21) has now been assigned to Rodrygo.

The Gunners have been closely monitoring the playmaker’s situation this summer, and they recently received encouragement over a possible deal.

Los Blancos boss Carlo Ancelotti made it clear that he cannot guarantee starts for the Norwegian with eight midfielders in the squad.

This could pave the way for a return to the Emirates Stadium. The Gunners would assure him regular game time from his preferred number 10 role.

With under two years left on his contract, Los Blancos may prefer to cash in on his services. It is reported that Odegaard could cost around £34 million.

The Gunners will be hoping to secure a quick agreement such that Odegaard can be available for the Premier League derby against Chelsea on Sunday.

After being involved in pre-season in a sports bubble, he may not need to quarantine.