Arsenal and Liverpool need to move for PSG’s Yohan Cabaye

Reports in France – since picked up in the English press – claim that PSG and France midfielder Yohan Cabaye will be up for sale in January.

Liverpool and Arsenal are said to be circling, whilst there has been token mention of former employers Newcastle United. 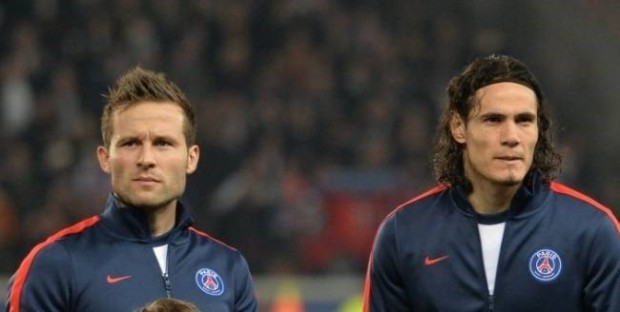 Given Newcastle resisted the temptation to buy back Andy Carroll for a smaller fee than Cabaye would command, a move back to Tyneside would be unlikely for the 28 year-old.

In recent weeks both Liverpool and Arsenal have displayed a fragility at the base of midfield that Cabaye would rectify.

A fine technician and passer, Cabaye’s combative qualities are often overlooked: he is a fierce tackler and competitor and would add the sort of steel and aggression sorely lacking at both clubs.

During his peak at Newcastle, the Frenchman could be counted among the best midfielders in European football, almost inspiring United to a UEFA Champions League place.

Out of favour at PSG and with his place in the France team perhaps in jeopardy as a result, former international Frank Leboeuf was scathing in his criticism of Cabaye’s decision to join the Parisian club:

“For me it is a mistake on his (Cabaye’s) part,” Leboeuf told Telefoot Sunday. “He must think about the French team and losing the confidence he accumulated in Newcastle.

“He will have to ask the right questions about his future and think about it starting this winter or in the summer.”

If we are to read between the lines of Leboeuf’s comments, Cabaye leaving French football in January seems a real possibility, possibly at a slightly reduced price as PSG look to offload him.

For both Arsenal and Liverpool, he would be the perfect solution to the structural problems that have plagued both clubs at points this season.

Cabaye at his best is a world-class orchestrator of midfields and is one of the best in football and dictating tempo and controlling matches.

His tenacity is an added bonus and any club would be foolish to pass up the chance to sign him when the transfer window re-opens.