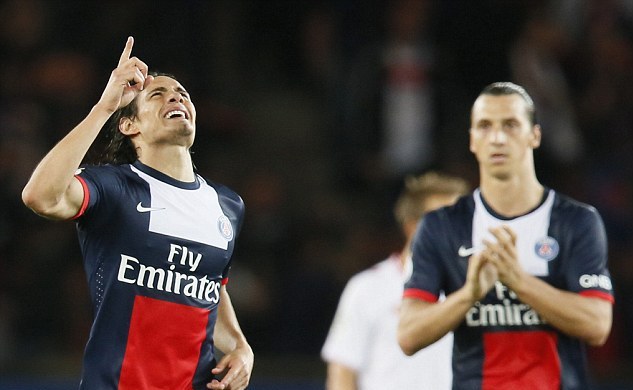 According to reports emanating from France, PSG’s Edinson Cavani could be in for a summer exit from the club; with Arsenal said to be ‘very interested’ in the striker.

French newspaper, Le10Sport, are claiming that Cavani has been discretely looking for an early move away from the French capital, after becoming increasingly aggravated at the lack of starting opportunities in his favoured central berth.

Such has been the form of Zlatan Ibrahimovic that the Uruguayan forward has been utilised by Laurent Blanc as more of an accessory rather than the main focal point of PSG’s attacking fulcrum. The 4-3-3 system that Blanc favours leaves little room at the top of the pitch; with Cavani often playing in an unfamiliar right sided role.

Cavani’s agent is reportedly listening to offers from Europe’s elite clubs, and according to Le10, Arsenal have picked up the phone early. The Gunners’ search for a striker was visible in the summer, with fruitless bids for Higuain and the public pursuit of Liverpool’s Luis Suarez showing that a forward was a high priority for Arsene Wenger. 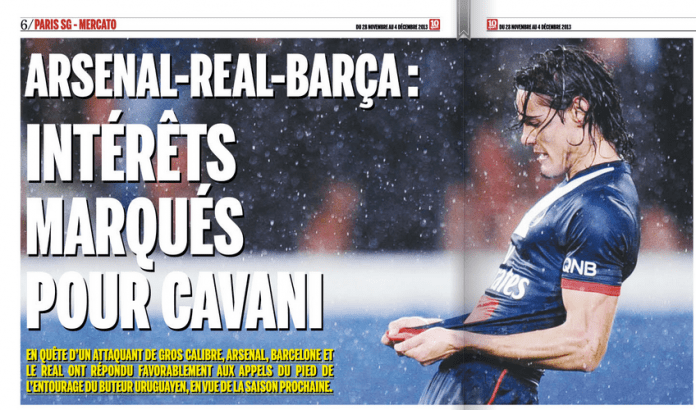 Arsenal have seemingly now shifted their attentions to Suarez’ national teammate and have made an early inquiry for the PSG hit-man; but this rumour does seem a little far-fetched.

With the likes of Barca and Real also said to be monitoring the situation, any transfer for Cavani would be hugely problematic for Arsenal due to his high wage demands.

PSG are also unlikely to want to part with their main summer buy, especially since he has performed well in the 17 appearances so far for the Parisians, scoring 12 goals in all competitions.