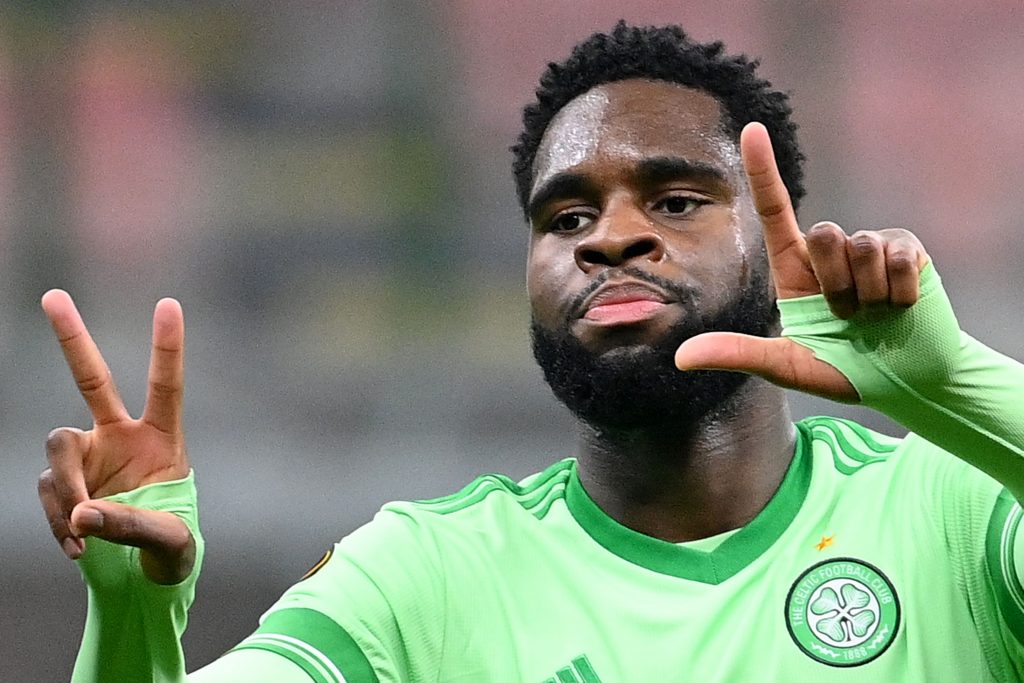 The news that Odsonne Edouard has switched to a new agent is a clear sign that he is preparing to leave Celtic this summer.

The Hoops striker has penned a deal with London-based Stellar Group – the same firm that represents former teammate Kieran Tierney.

The 22-year-old’s current contract runs until June 2022 and he has shown no interest in extending his stay at Parkhead.

According to Sky Sports, Edouard plans to remain with the Scottish Premiership club until the end of the season before moving elsewhere.

Edouard has scored 72 goals in 151 appearances for Celtic since joining the club from Paris Saint-Germain in 2018.

However, his performances this season have largely been lacklustre, with the forward appearing like he would rather be elsewhere.

Edouard has had injuries and COVID-19 to contend with, but they are no excuse for some of the dismal displays he has produced.

The likes of Arsenal and Leicester City have previously been credited with an interest in Edouard, but both would be well advised to steer clear of the France U21 international.

While his goalscoring record with Celtic is respectable enough, it doesn’t suggest that he would be prolific in the Premier League.

A return to France may be a more suitable option for a player who looks short of the quality needed to shine in England’s top flight.