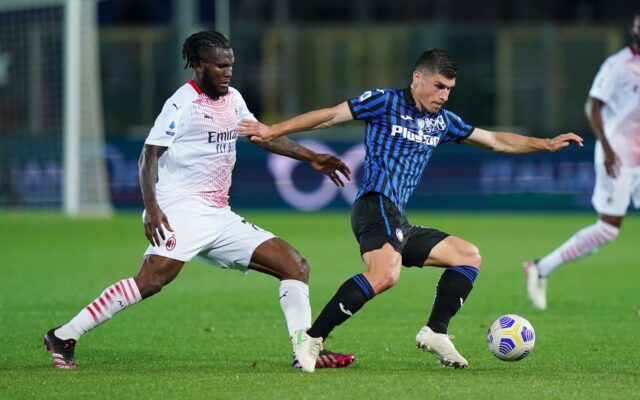 According to reports from Gazzetta dello Sport, the Gunners are keen to add the 24-year-old to their squad.

Kessie has been linked with a move to the Premier League for the past few years, and it doesn’t come as a surprise that his name has come up once again.

The report claims that talks have stalled over a new deal for Kessie. Milan could be tempted to cash in on the player.

Kessie has a contract at the club until 2022, and he is demanding a lucrative contract worth around £100,000-per-week.

Milan are demanding a fee in the region of £42 million for Kessie, and Arsenal are not willing to pay that much.

Kessie enjoyed a superb campaign last season for Milan, bagging 14 goals and six assists as they finished second in the league.

Arsenal are looking to add new faces in midfield, with the likes of Granit Xhaka and Matteo Guendouzi set to depart.

The 44-times Ivory Coast international would be a massive signing for the club, but his price tag is a major obstacle.

The Gunners are also chasing other midfielders, with widespread reports linking them with moves for Ruben Neves, Sander Berge and Yves Bissouma.

Arsenal are looking to bolster their defence this summer, with Ben White of Brighton & Hove Albion at the top of their target list.

A new goalkeeper is also on the cards, with the Gunners linked with a move for Sheffield United’s Aaron Ramsdale.