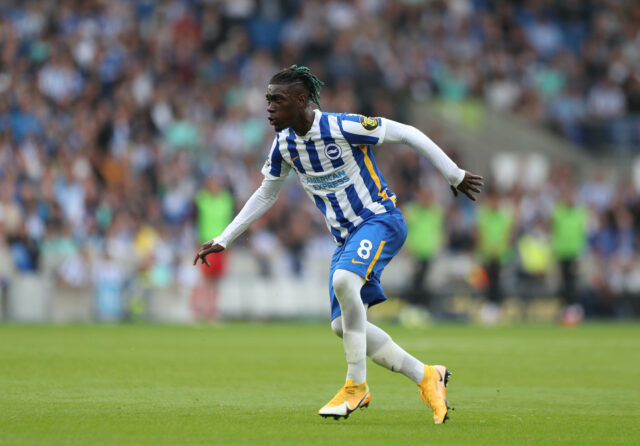 Arsenal and Manchester United are not giving up on their hopes of signing Yves Bissouma from Brighton & Hove Albion this summer.

According to journalist Ekrem Konur, Brighton are demanding a fee in the region of €35 million for their star midfielder.

He also claimed that Arsenal and Manchester United are interested in signing the 24-year-old, and are keeping a close eye on his situation.

Bissouma joined Brighton in 2018 from Lille and has established himself as a key player for the Seagulls.

He is a highly-rated energetic midfielder who would be an excellent signing for Mikel Arteta’s side.

The Gunners are desperate to bolster their midfield and have been linked with several players, including Ruben Neves.

Bissouma is also one of their targets, but they will need to pay big money to sign the midfielder.

Arsenal have already signed Ben White from Brighton this summer, and it will be interesting to see whether they make a solid attempt to sign another player from the same club in the closing stages of the transfer window.

Bissouma has been recently linked with a move to Liverpool, with the Express claiming that Liverpool had ‘made an official enquiry’ into the Malian’s availability.

However, The Athletic’s Andy Naylor, their Brighton correspondent, has dismissed that claim.

“For those asking [about] Liverpool making an opening move for Bissouma, I’m reliably informed [this] isn’t true,” Naylor wrote on Twitter.

Signing another midfielder is not a pressing need for Jurgen Klopp.

Read: Mark Lawrenson predicts the outcome between Liverpool vs Chelsea.