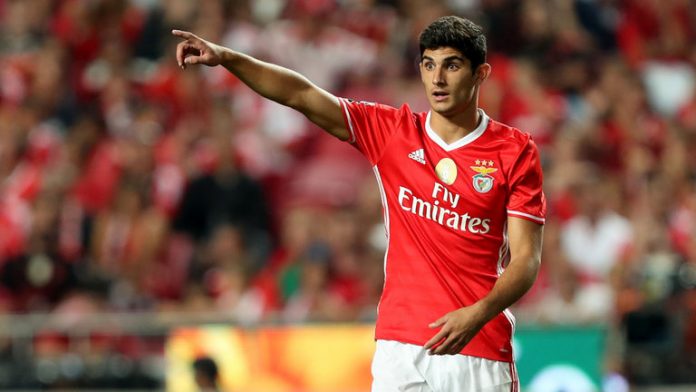 The Portuguese forward is currently on-loan at Valencia, but PSG are keen to offload him on a permanent basis to help them comply with financial fair play rules.

The 21-year-old completed a move from Benfica to PSG last January, but he only made 13 appearances for the Ligue 1 side before being shipped out to Valencia.

Marca says the French side want to complete a deal during the transfer window and numerous clubs want to sign the player.

Guedes is out of contract at the Parc des Princes at the end of the 2017/18 campaign and it’s understood that Arsenal want him to replace Alexis Sanchez.

The Chilean star has been linked with a move to Manchester City and Gunners’ boss Arsene Wenger has been on the lookout for reinforcements.

Guedes’ potential arrival at the Emirates Stadium would also signal an end to Theo Walcott’s time at the club.

Everton and Southampton have both enquired about Walcott’s availability and it seems likely he will move on during January.