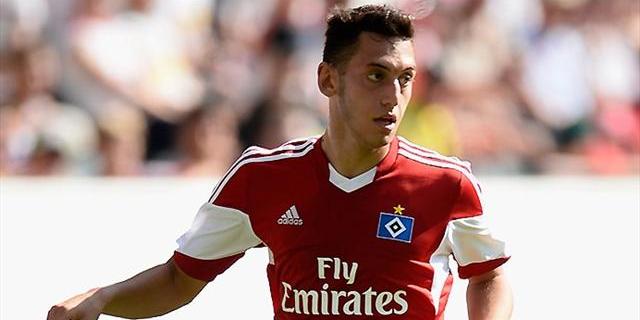 According to the Daily Mail, the Gunners are the latest club looking at the 19-year-old, who is gradually attracting more and more suitors after a number of brilliant showings for Hamburg in the Bundesliga.

Çalhanoğlu – dubbed the ‘new Ozil’ due to his Turkish heritage and creative style of play – has pushed his way into the first team plans at the Imtech Arena, and he has managed 4 goals and 2 assists so far this season.

Able to play anywhere along an attacking midfield three, Arsene Wenger is looking into putting in a bid for him as soon as January. But with Brendan Rodgers’ Liverpool also in the hunt – the Anfield outfit desperate for more attacking midfield options – Wenger may have to move fast to secure his man.

Meanwhile, the Kevin De Bruyne saga may have taken a step further towards completion, with the report that his future could be decided within two weeks.

The Belgian has been linked with a whole host of  clubs in the last few months, ever since he fell out of favour with boss Jose Mourinho back in September. It has been a long and arduous transfer story for all involved, but we could know the future of De Bruyne in a matter of weeks.

The 22-year-old’s agent Patrick de Koster has come out and claimed (via Kicker) that after a meeting in London in two weeks time, his future will be much better understood.

Many of the rumours flying around claim that the attacking midfielder will soon ask for a transfer, what with the World Cup nearly upon us; indeed, Dutch newspaper SportWereld have claimed today that he wants to permanently leave Stamford Bridge.

Any extension of his stay on the fringes of the Chelsea squad will surely be unacceptable for the young man, who looks to make his name on the biggest stage this summer.