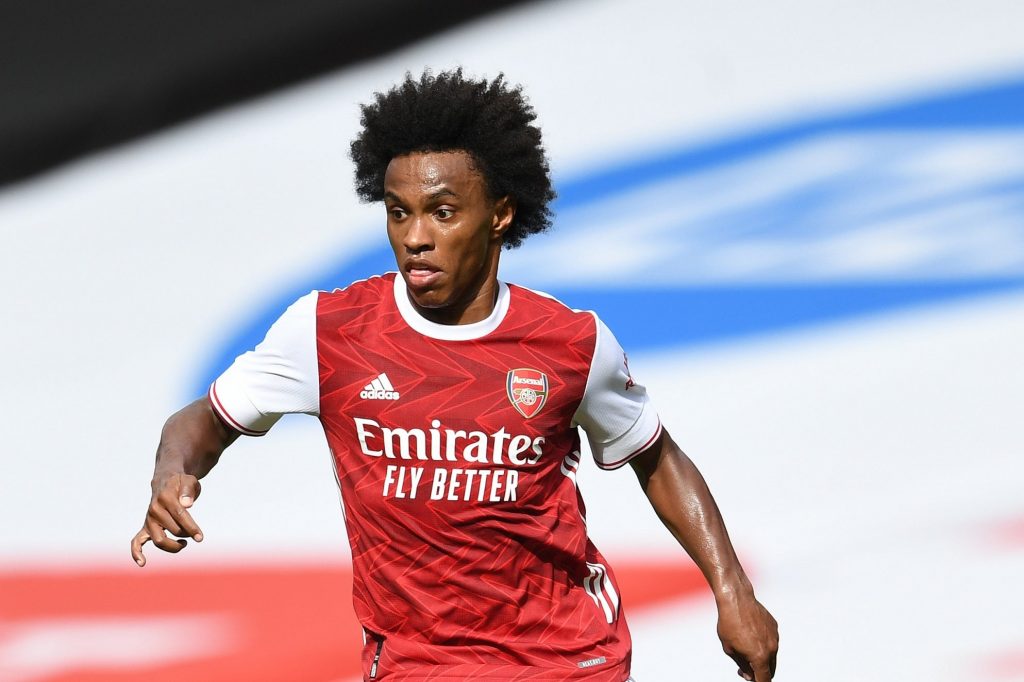 A selection of Arsenal fans heaped praise on Willian following his impressive display against Leicester City in the Premier League this afternoon.

The Brazilian has experienced a tough debut season with the Gunners and, before the Foxes game, he managed just three league assists which came on the opening day at Fulham.

Willian made an impact with an assist off the bench against Benfica in the Europa League on Thursday, but there were still question marks whether he deserved a start on the left wing ahead of Gabriel Martinelli as part of the rotation.

He managed to prove his worth by grabbing an assist in either half at the King Power Stadium and playing a role in the build-up to the penalty which was won by Nicolas Pepe before the interval.

The Gunners started poorly as they conceded after just six minutes by handing Youri Tielemans a free shot on goal. A David Luiz headed goal and an Alexandre Lacazette penalty turned the game in their favour by the break.

Pepe made it 3-1 in the 52nd minute with an easy tap-in from an intelligent pass from Willian. Barring the opening goal, the Gunners were in complete control of the contest, and a few of the club’s faithful were particularly pleased for Willian.

Forget Fulham away. That was Willian’s best performance in an Arsenal shirt. Both in and out of possession, he was pretty much faultless. Hats off to him. Two top performances in a row after the criticism he was getting last week is a big statement.

Willian has had a great game today, fair play to him.

Pepe and Willian have been the best players on the pitch by a mile. Good half from both of them

I never thought I would say this but…. Willian was class today 🤝

Willian has been disappointing in his debut campaign for the Gunners, but he has recently shown signs of returning to form with three assists in just two games.

His performance should ensure that he keeps his place for next weekend’s league clash at Burnley, and it remains to be seen whether he can find some consistency.