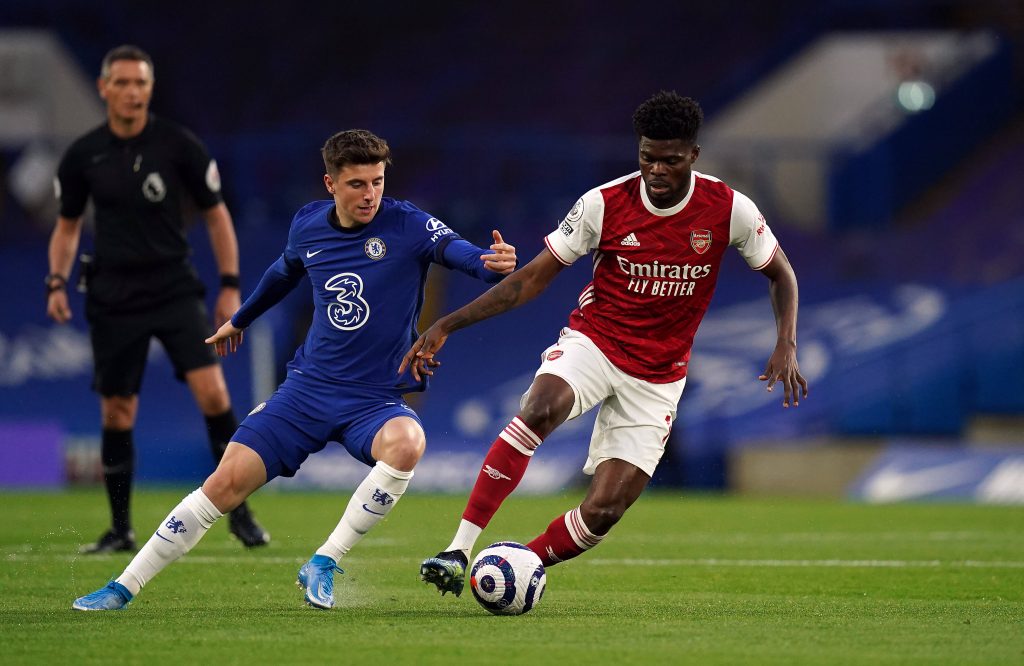 A section of Arsenal fans on Twitter heaped praise on midfielder Thomas Partey for his performance against Chelsea in the Premier League last night.

The Ghana international has had a tough debut campaign with the Gunners, and his form has been inconsistent since returning from a hamstring injury earlier this year.

Partey had a disappointing display against Villarreal a couple of games ago, where he lost possession on 15 occasions while operating as the sole defensive midfielder.

He was only a late substitute against West Bromwich Albion last weekend but was picked to start from the off against Thomas Tuchel’s side.

Partey produced a much-improved display from the centre of the park with five tackles, three interceptions, two clearances and winning eight of his 12 duels.

The Gunners won the derby by the solitary goal from Emile Smith Rowe in the 15th minute, but Partey earned some of the plaudits on Twitter.

Here are a few reactions.

Thomas Partey was immense in my eyes tonight. If we could get a the right partner for him

Partey good tonight, need someone as good next to him next season

The 27-year-old was partnered alongside Mohamed Elneny, and the latter was full of energy as he regularly pressed the opposition players.

This helped Partey concentrate on his work, and he delivered a credible performance compared to recent weeks, where he looked out of sorts.

It is quite clear that Partey is suited to a double-pivot with a more mobile midfielder, and it remains to be seen whether the club addresses the issue this summer.

Granit Xhaka has been the regular partner alongside Partey when fit, but the Swiss does not possess the mobility to press his opponents regularly.

The Gunners have recently been linked with the likes of Yves Bissouma and Denis Zakaria as they aim to reinforce their midfield options.