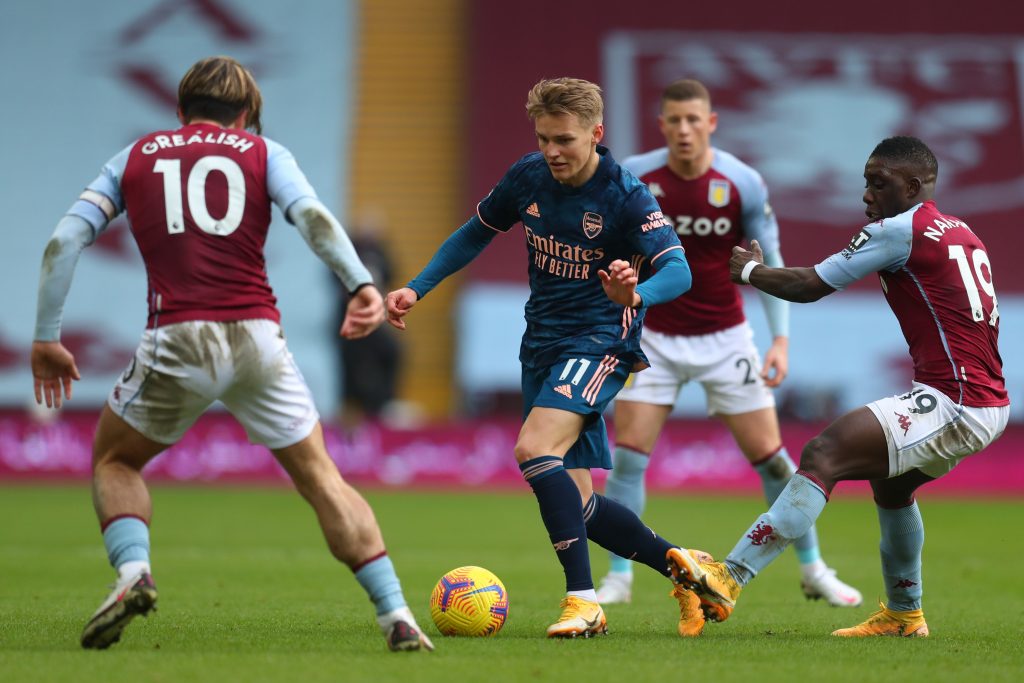 Some Arsenal fans were impressed with the display of Martin Odegaard during the club’s 1-0 Premier League defeat to Aston Villa on Saturday.

The Norwegian joined the Gunners on loan from Real Madrid last month and he has since made two appearances for the club off the bench.

One of those came after the hour mark against the Villans where the 22-year-old had a 96 percent pass success rate and delivered some quality passes in the final third.

He had one glorious chance to score the equaliser late in the game, but drove his effort over the bar as he was quickly closed down.

However, he left a good impression on some of the club’s supporters and a few of them believe the attacker needs to start against Leeds United later this month.

If odegaard doesn’t start vs Leeds I have no words

What did you make of Odegaard 30 mins? Think he did well and nice touches here and there. Needs to start games now to gain match sharpness

Odegaard must play the next game from the start. Glimpses of quality.

Odegaard needs to start against Leeds.
He's just so good on the ball.

Odegaard is quality, you can see it instantly. Should have done better with the attempt and he knows it but just look at the way he operates in between the lines. Weight of pass is brilliant. ESR needs a rest and he should 100% come in for me. Impressed!

The Gunners have suffered back-to-back losses against Wolverhampton Wanderers and Villa and that has hampered their push for European football.

Their next game is up against Leeds at the Emirates Stadium in eight days’ time and manager Mikel Arteta may be tempted to make a few changes.

Emile Smith Rowe has started nine successive league games and he could be handed a breather which could see Odegaard make his maiden Gunners start.

The Real Madrid loanee showed glimpses of his ability with his choice of passes in the cameo and will be hoping to get a full 90 minutes to prove his worth.