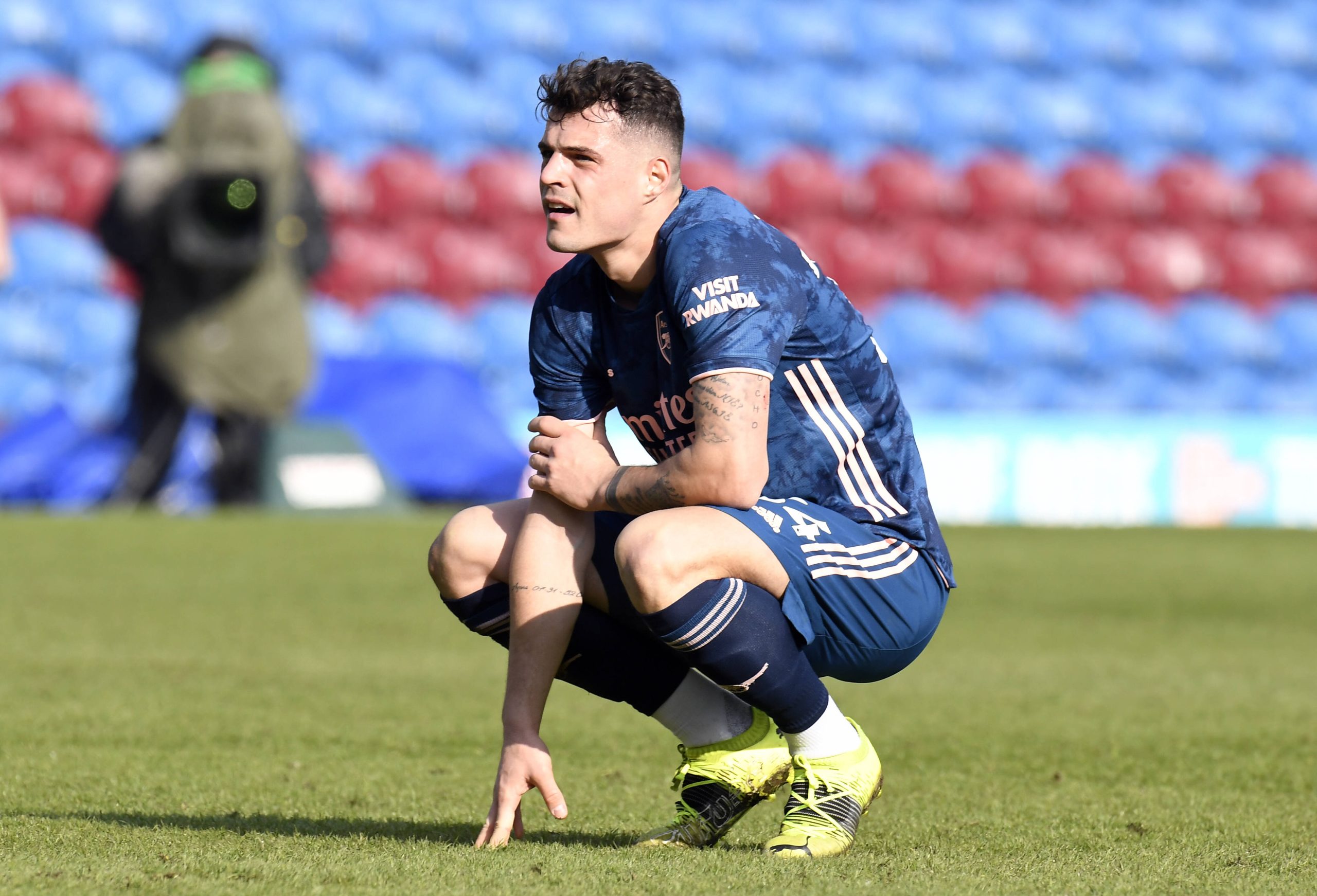 A selection of Arsenal fans have reacted to the speculation that midfielder Granit Xhaka could favour a return to the Bundesliga.

The 28-year-old has been the Gunners’ most consistent midfielder this term, but he has had disciplinary issues and recently gifted Burnley with a goal in a 1-1 draw.

Xhaka’s current deal with the north London side expires in June 2023, and Sky Germany reports that he is aiming for a return to the Bundesliga.

Hertha Berlin were eager to land his signature in January last year, and it is claimed that they could be a possible destination for the Swiss.

The midfielder has won over a section of the club’s faithful with his displays this term, but some believe that the club should still cash in on his services.

He's having a good season, my problem with xhaka is consistency, if a good offer comes we should consider it. We can do better in that position.

But his performance this time around is superb

I don't know how popular this opinion is but this will be the start of us returning to the top. It needs to happen. That guy has held us back for years.

Xhaka has divided opinion among the Gunners fans over the years, but he remains a vital player under manager Mikel Arteta.

He was keen on making the switch to Hertha last year, but Arteta played a key role in convincing him to stay.

The Gunners are actively searching for a new midfielder, and they have been linked with Yves Bissouma and Guido Rodriguez lately.

A summer signing is likely to accompany Thomas Partey in the centre of the park, which would drop Xhaka to the bench.

He may not welcome the prospect of playing a back-up role, which may pave the way for a summer exit.