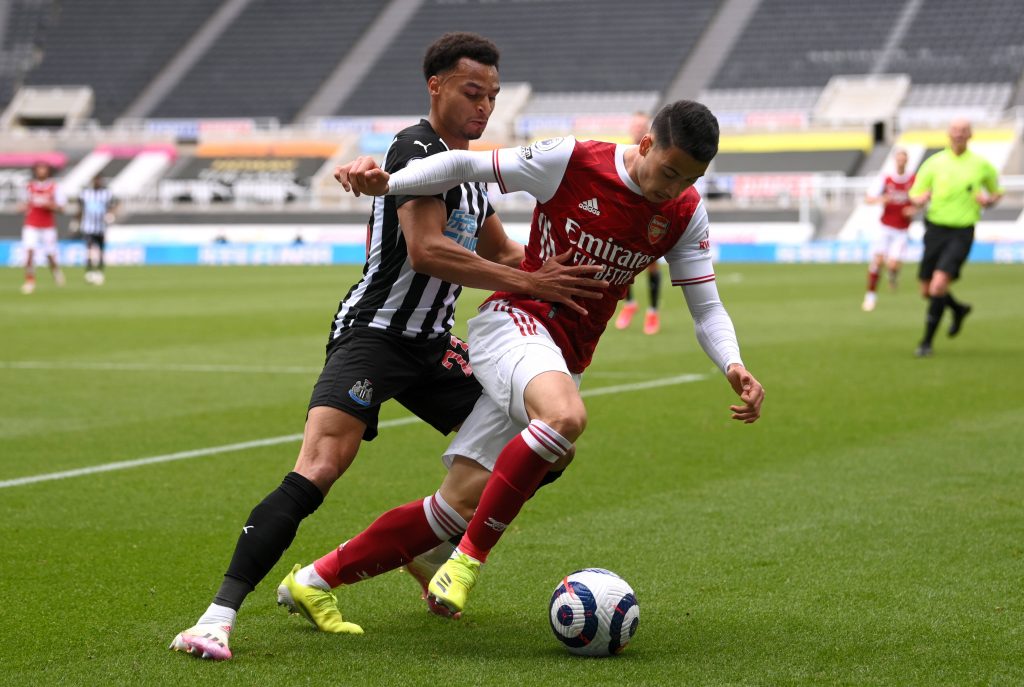 A selection of Arsenal fans on Twitter were impressed with Gabriel Martinelli’s display in the 2-0 Premier League win over Newcastle United on Sunday.

Gunners boss Mikel Arteta decided to make multiple changes for the Magpies clash with a crucial European meeting coming up against Villarreal.

Martinelli was handed a rare start on the left wing, and he produced a lively performance where he had the upper head over right-back Jacob Murphy.

The 19-year-old provided a sumptuous left-footed cross in the 66th minute, which was converted into the back of the net by Pierre-Emerick Aubameyang.

The Brazilian is already a favourite among several of the club’s faithful, and a few of them took to Twitter to appreciate his sublime assist.

Gabriel Martinelli has been the best player on the pitch so far. Inch perfect assist.

I watched this game only because Gabriel Martinelli was starting and he hasn’t disappointed as usual!

That was a good goal by Auba! That cross by Martinelli though! #NEWARS

Martinelli returned to action after a long-term knee injury in December, and he has since suffered multiple niggles.

The £90,000-a-week star has largely been restricted to a substitute role, with manager Mikel Arteta being wary of his workload.

The Gunners are scheduled to host Villarreal in the second leg of their Europa League semi-final tie on Thursday night.

They suffered a disappointing 2-1 loss at El Madrigal last week but have the crucial away-goal advantage for the return leg.

Nicolas Pepe has been the regular choice on the left wing lately. It remains to be seen whether Martinelli gets the nod over him.

Aubameyang made his first start since recovering from malaria against the Magpies, and he looks set to lead the line against Villarreal.

Alexandre Lacazette and Kieran Tierney appear unlikely to feature as they have yet to return to training after respective injuries.