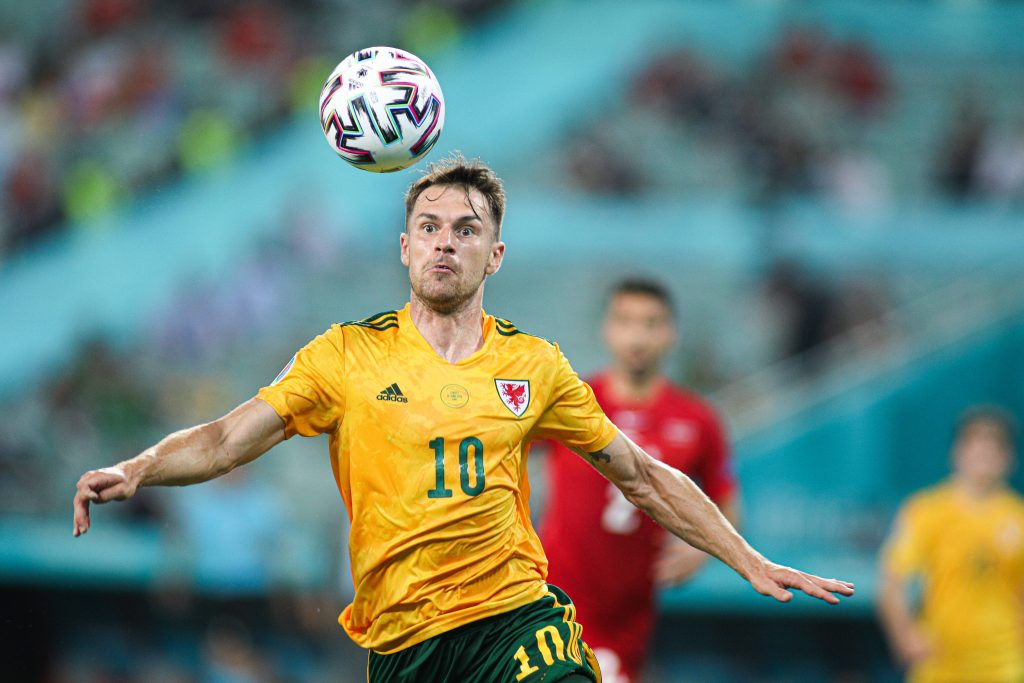 A selection of Arsenal fans on Twitter reacted to Aaron Ramsey’s performance during Wales’ 2-0 win over Turkey at Euro 2020.

Ramsey produced a mixed display in Baku yesterday but made amends with a crucial goal for his country before the half-time interval.

The Welshman missed two clear-cut chances to find the back of the net, but he was third time lucky from another sumptuous long ball from Gareth Bale.

The former Arsenal star made another late run behind the Turkish backline, managing a perfect chest control before scoring in the 42nd minute.

Ramsey continued to impress with his link-up play, and before being substituted, he made a crucial challenge to deny a potential equaliser for Turkey.

Wales went on to win 2-0 with a stoppage-time goal from Conor Roberts.

Bale, who was undoubtedly the man of the match, showed his class with a dribble across the byline before slipping the ball for Roberts to score.

Ramsey spent 11 years with the Gunners before he made the switch to Juventus for free in 2019. He continues to have a strong following among the fans.

We are in 2021 and Aaron Ramsey still makes the difference in the biggest games. World class.

One of the best players of the Emirates era. We’ve missed him since he left… @aaronramsey!❤️ pic.twitter.com/xhXtXVYDkg

Ramsey, who is valued at £12.6 million by Transfermarkt, could be on the move this summer after falling out of favour with Juventus.

Some of the Gunners’ faithful would entertain his homecoming, but it is reported that there is ‘no chance‘ that the club will look to re-sign him.

The 30-year-old could still end up in the Premier League with reported interest from Everton and West Ham United.