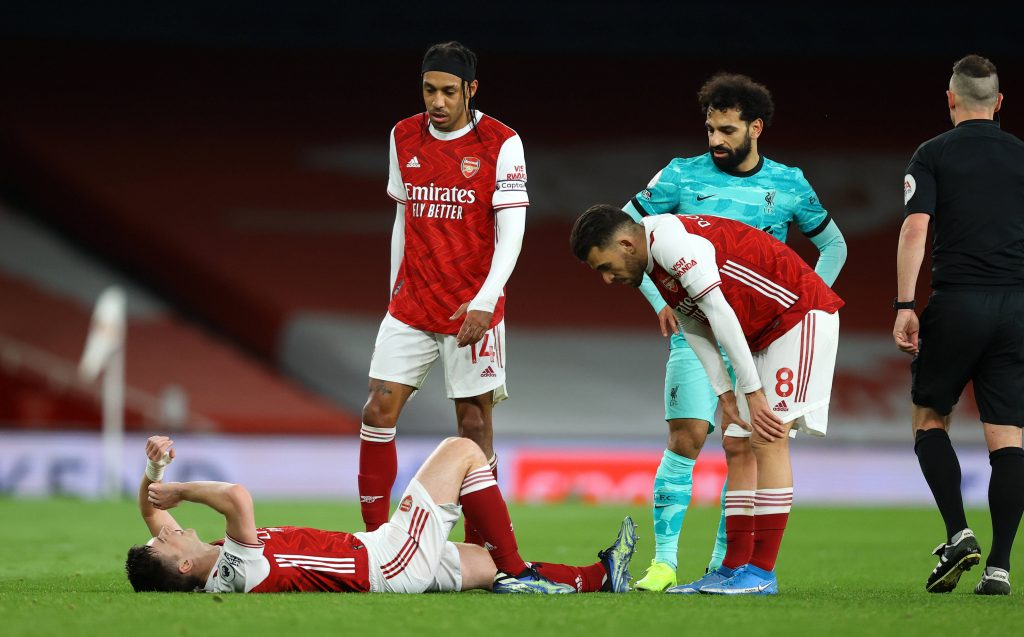 A section of Arsenal fans have expressed their disappointment after manager Mikel Arteta confirmed that Kieran Tierney could be out injured for the rest of the season.

The left-back sustained a knee ligament injury during the 3-0 league defeat to Liverpool earlier this month. It was initially confirmed that he would be sidelined for a minimum of four weeks.

However, speaking after the club’s 3-0 league triumph over Sheffield United on Sunday, Arteta issued a worrying update.

“Kieran is out, probably for the season,” he told Arsenal.com.

The news has been received with plenty of disappointment from some of the club’s supporters, and here are a few reactions on Twitter.

Thank you Steve Clark, Tierney played 3 games in 8 days. I hope he misses the euros do he can prepare for next season! It’s on you steve !!

It'll be a miracle if we win the Europa league without Kieran Tierney.

Tierney has been one of the Gunners’ standout performers in what has turned out into another dismal campaign in the English top-flight.

The Scotland international has been the club’s best creative full-back this term, and they are likely to miss his influence in the final third.

The club don’t have any other specialist left-back in the first-team squad. Cedric Soares, who is a right-back by trade, has recently featured in the role.

On Sunday, Arteta surprised many with Granit Xhaka starting in the defensive position, and it could be a way forward for the Gunners.

The Swiss does not possess Tierney’s mobility going forward, but he can deliver quality long balls while he is solid defensively.

He could continue in the same position when the Gunners face Slavia Prague on the road in the second leg of their Europa League quarter-final.

The club must find the back of the net against Slavia to stay in the competition after conceding a costly away goal in the reverse meeting, which ended 1-1.