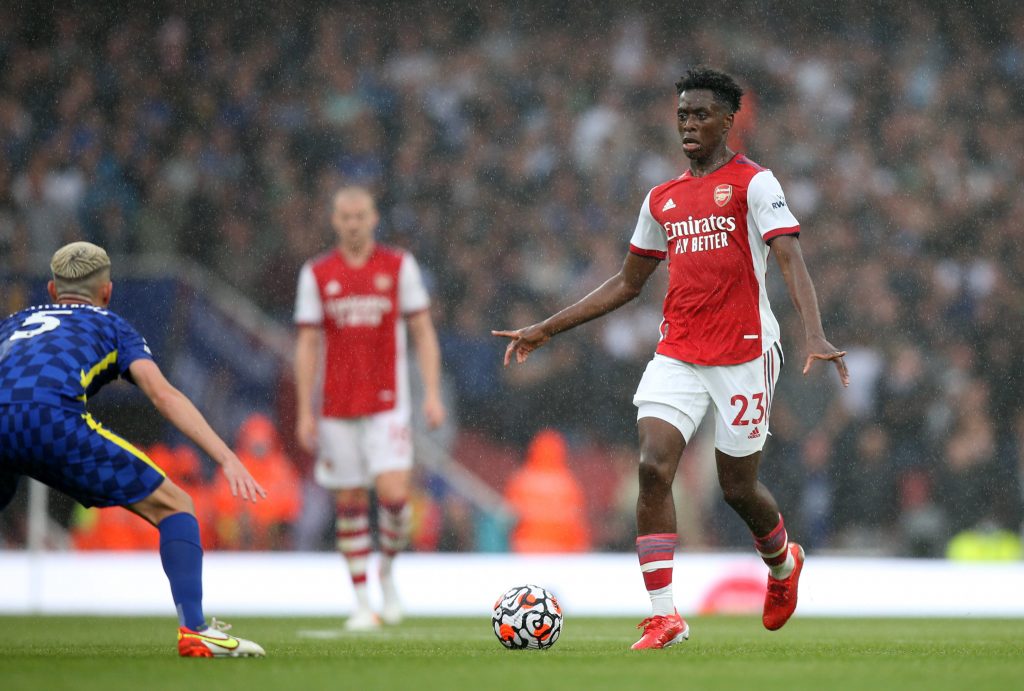 A selection of Arsenal fans were impressed with Albert Sambi Lokonga’s performance despite the 2-0 Premier League defeat to Chelsea on Sunday.

The Gunners have started the new Premier League season with back-to-back defeats. They were convincingly beaten by the Blues at the Emirates Stadium yesterday.

They could have lost by a bigger margin to their London rivals, but goalkeeper Bernd Leno was in fine form. He made a stunning reflex save to deny Romelu Lukaku.

Aside from Leno, few others emerged with credit from the derby. Lokonga produced another lively performance in the centre of the park.

The Belgian came up with impressive long balls for his teammates and nearly put Pierre-Emerick Aubameyang through on goal in the second half.

This caught the eye of some Gunners fans, and here are a few reactions on Twitter.

Emile Smith Rowe & Sambi Lokonga were both brilliant today. In a team that wasn’t up to it, these two stood out, as they did against Brentford as well.

Well done to them. #afc pic.twitter.com/S5VB9vyhyc

Putting the performance and result to one side, Lokonga for me was our best player, or at least one of our best. Direct with his movement, precise passing, plenty of energy and commitment. Wouldn't mind him and Partey as a midfield pivot, a player to look out for this season.

The 21-year-old impressed with his forward movement and passing range against the Blues. He still needs to improve physically to cope with the league demands.

The new signing maintained a high work rate throughout. There were plenty of positives for the Belgian, who made the joint-most passes for the club yesterday.

He was initially signed as a potential back-up option for Granit Xhaka and Thomas Partey, but has started successive games with the latter out injured.

There is a high probability that he will drop to the bench when Partey returns next month, but Lokonga is one to watch out for in the future.