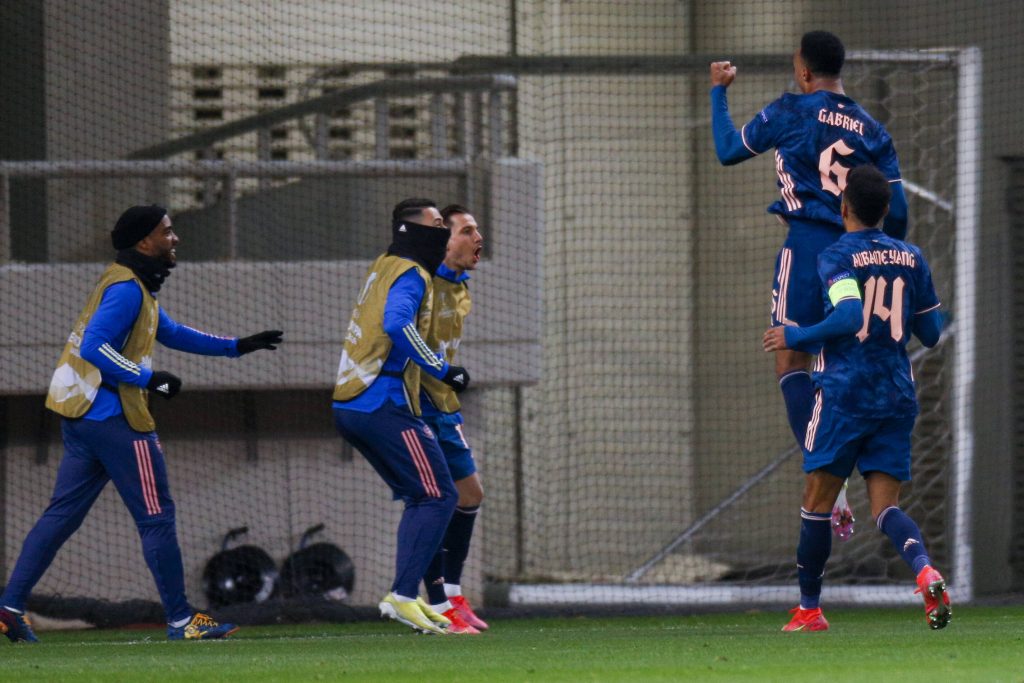 A selection of Arsenal fans on Twitter heaped praise on Gabriel Magalhaes following the club’s 3-1 win over Olympiacos in the first leg of the Europa League round of 16.

The centre-back returned to the starting line-up on Thursday after sitting out the last two games where Pablo Mari was preferred to partner David Luiz.

He could not do much to restrict the equalising goal (1-1) from Olympiacos before the hour mark, which was gifted after a poor bit of play between Bernd Leno and Dani Ceballos.

However, he made the difference in the 79th minute with a towering header in the box, which found the top right corner of Olympiacos’ net.

Five minutes from time, he turned provider for Mohamed Elneny, who unleashed a swerving shot from outside the box which put the Gunners’ 3-1 ahead.

The performance delighted some of the club’s faithful, and here are a few reactions.

BIG GAME PLAYER, my man of the match👊 pic.twitter.com/b2vhKriZwF

Gabriel Magalhaes my man of the match. Scored when we needed the most and got an assist as well. Big game from him pic.twitter.com/o1rQCGYMRO

Won’t be long till Gabriel Magalhaes is being brought into the best centre-back in Europe conversation.

Gabriel Magalhães with a goal and an assist, he should be the MOTM vs Olympiakos.#UEL

The 23-year-old has not featured in the previous three league games for the Gunners, with manager Mikel Arteta opting to rotate his options.

However, he should be in line to face Tottenham Hotspur in the north London derby on Sunday after a dominant display in Piraeus last night.

Mikel Arteta’s side were guilty of making costly defensive errors on the field once more, and they were lucky that Olympiacos did not take full advantage.

They can’t afford to repeat the same against their arch-rivals, who have the likes of Harry Kane and Son Heung-min in peak form at the moment.