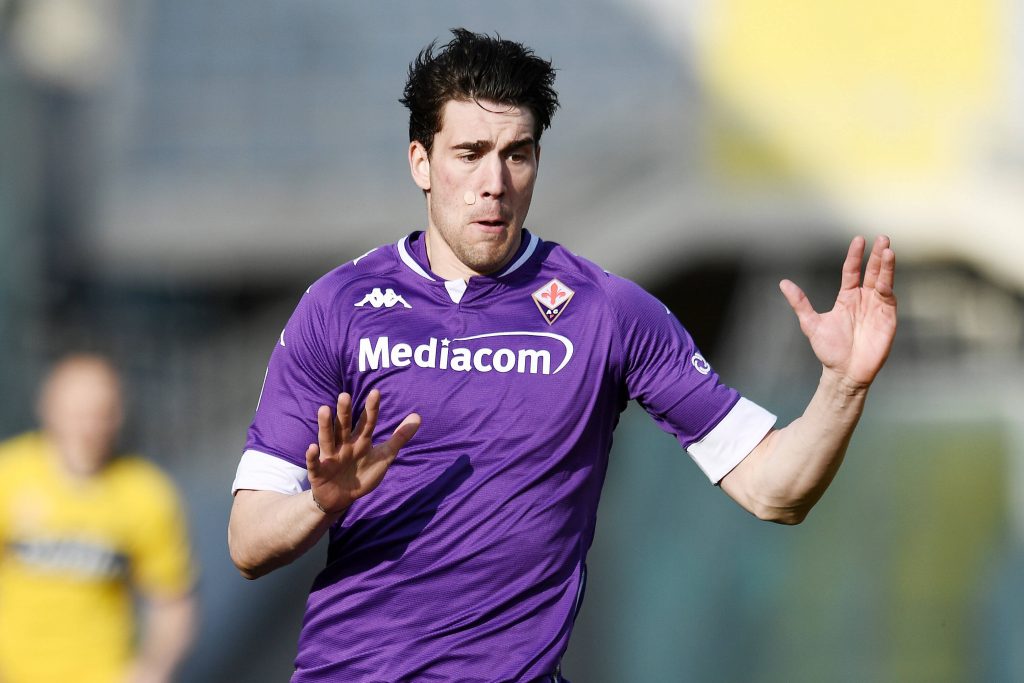 Arsenal have entered the race to sign highly-rated Fiorentina striker Dusan Vlahovic during this summer’s transfer window, according to Calciomercato.

The Gunners have experienced a poor league campaign, and they are presently languishing in the ninth spot, nine points adrift of the Champions League places.

Regardless of how their season ends, the club are planning for a summer rebuild and there could be a change of personnel up front.

The contracts of Alexandre Lacazette and Eddie Nketiah expire in 15 months, and both players could head for the exit door.

The north London giants will be eyeing reinforcements, and it is reported that they are monitoring Vlahovic’s progress in Florence.

RB Leipzig, Atletico Madrid and Roma have also been credited with an interest, while Tottenham Hotspur are also keeping a close eye on the Serbian.

Vlahovic had his breakout campaign with La Viola last term, where he registered eight goals in 34 appearances across all competitions.

He has improved this season with 12 goals in 30 outings and has been pivotal to keeping the club out of the relegation fight.

The 21-year-old enters the final two years of his contract this summer, and La Viola may be tempted to cash in on their prized asset.

Vlahovic has a good physical presence at 1.90m, and he is more of a traditional centre-forward who takes his chances in the box.

He has become aerially strong with 2.5 duels won per game and has qualities similar to ex-Gunners star Olivier Giroud, although he is more athletic.

He is reportedly valued at around €40 million, and it remains to be seen whether the Gunners are prepared to splash out in the next transfer window.

Read: Liverpool, Manchester United and Tottenham are all interested in this Bundesliga playmaker.