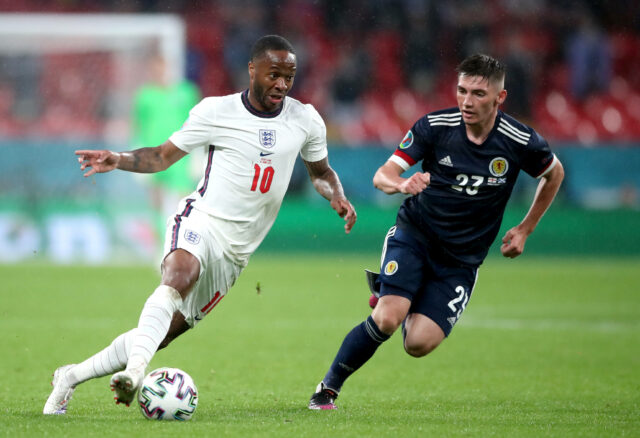 Manchester City are looking to sign Harry Kane from Tottenham Hotspur and are ready to offload some of their big-name players.

According to The Atheltic, Gabriel Jesus, Bernardo Silva, Raheem Sterling, Aymeric Laporte and Riyad Mahrez were mentioned as potential makeweights in a deal for Kane.

It indicates that these players are expendables in Pep Guardiola’s squad and that the club could be ready to cash in on them.

Arsenal are showing keen interest in two City players as they look to find ways to bolster their attacking department this summer.

The Gunners, who finished eighth last season, want to show ambition in the market and are checking on the status of Sterling and Mahrez, according to EuroSport.

Sterling, a three-time Premier League champion with City, hopes to stay at the Etihad Stadium and will hold talks with the club in July. The same goes for Mahrez.

It is unknown whether either player would be interested in joining the Gunners, who cannot offer Champions League football.

They plan to sign four or five top players which would cost them over £100 million, and it is unlikely that they would be able to afford both City stars.