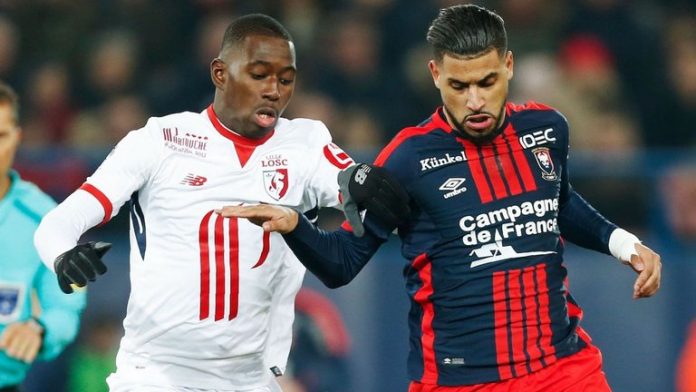 Arsenal have been credited with an interest in signing midfielder Boubakary Soumare, who is also on the radar of Real Madrid and Liverpool, a report from SoccerLink claims.

The Frenchman is currently in the ranks of Lille, where he has made 69 appearances since his first-team debut in November 2017.

Soumare was tipped to join Newcastle United in January after a £35m bid was accepted but he rejected the opportunity in order to keep his options open for the summer.

The 21-year-old has since been linked with Liverpool and Real Madrid and SoccerLink claims that the Gunners have joined the pursuit of the former Paris Saint-Germain graduate.

Nothing more has been specified by the French outlet other than the fact that the north London side are aiming to sign a new defensive midfielder during the summer.

Granit Xhaka and Lucas Torreira are currently the specialist holding midfielders in the Gunners squad and the former has been the regular pick for the position this term.

His form has been impressive since Mikel Arteta took charge as the head coach in late December and that has certainly earned him plaudits from some of the club’s fans.

Still, the Swiss has the lack of pace and mobility when it comes to defending in counter-attacking situations and the Gunners could do with another midfielder to provide strong competition.

Torreira was obviously reckoned as the ideal choice for the role when he first joined the club but the Uruguayan has struggled for gametime under Arteta and has been fancied to return to the Serie A.

Of late, Atletico Madrid’s Thomas Partey has emerged as a target for the Gunners but the Spanish outfit appear keen on keeping hold of him and have opened talks over a new bumper contract.

In that case, Soumare could be an alternative option for the capital outfit and he could be available for the same £35m fee, which was sufficient for Lille during the 2020 winter transfer window.