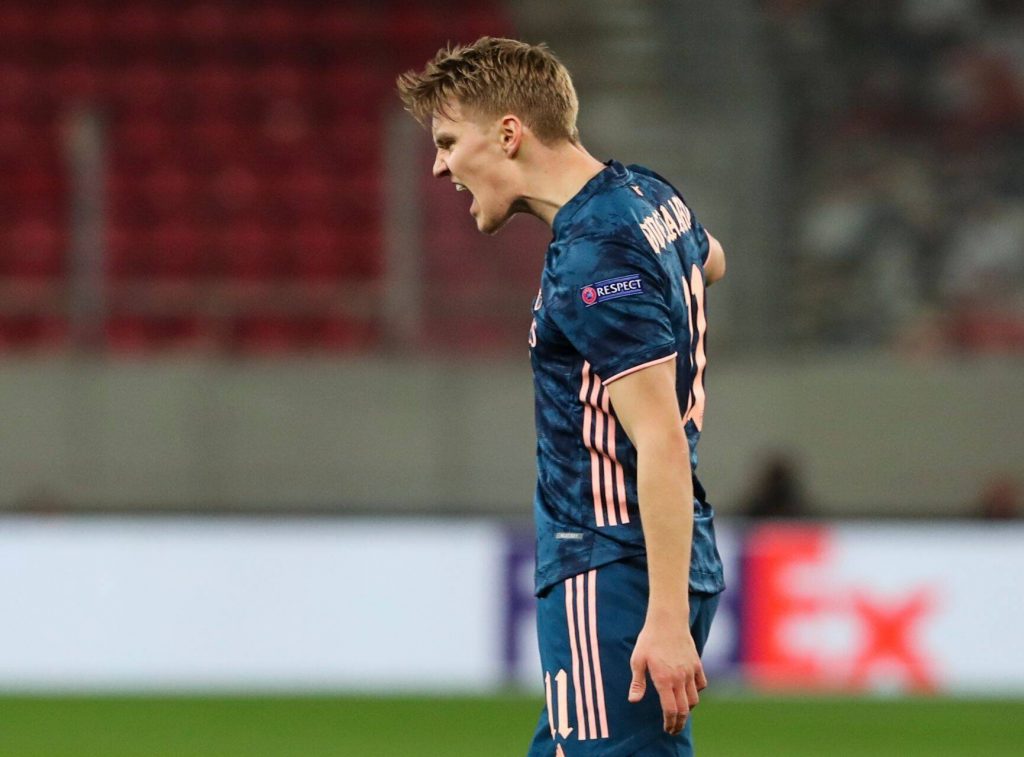 Arsenal have a good chance of re-signing Martin Odegaard next season, should Zinedine Zidane remain the manager of Real Madrid, Football Insider reports.

The Norwegian had an impressive loan stint with Real Sociedad last term, registering seven goals and nine assists from 36 appearances in all competitions.

He was reintegrated into the first-team plans at Los Blancos this season but played just 367 minutes before he was loaned out to the Gunners in January.

Odegaard made a slow start to his Gunners career, but he stepped up before the international break with several standout displays.

While he has netted just twice in his 12 appearances, he has been hugely influential in the build-up of several other goals for the north London side.

It is now reported that the Gunners have a good chance of landing Odegaard on a temporary or permanent basis next term if Zidane remains Los Blancos’ head coach.

Zidane barely played Odegaard during the first half of the campaign, and it is claimed that the Frenchman ‘does not like’ the playmaker and would happily sanction his exit.

The Gunners have developed a good relationship with the Spanish champions over the past couple of years, and they managed to re-sign Dani Ceballos on loan last summer.

Odegaard appeared likely to return to Sociedad on a temporary deal in January, but they were able to convince both the player and Madrid over a short-term loan.

The Norwegian’s impact has led to suggestions that the Gunners may want to keep him next term, and they may likely propose a season-long loan.

They could also consider a permanent transfer agreement, suppose they manage to return to the Champions League after a five-year wait.

Still, any decision will depend on Los Blancos, and Zidane’s presence in the dugout could be beneficial in the Gunners’ pursuit of the Norwegian.

However, that is not a guarantee with Los Blancos six points behind league leaders Atletico Madrid while facing a tricky Champions League quarter-final tie against Liverpool.

They could end the campaign without any piece of silverware, and that could pave the way for Zidane’s exit. The new manager may have a different stance over Odegaard’s future.

Read: This Arsenal striker is being monitored by Atletico Madrid, Roma and Sevilla.