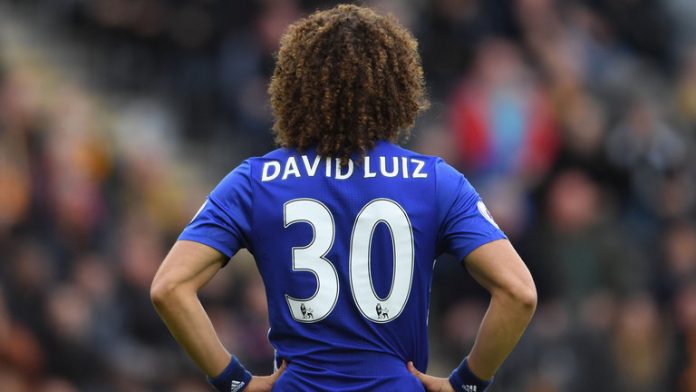 Arsenal could agree a shock deal for David Luiz who’s ‘unlikely to stay at Chelsea’ if Antonio Conte remains as manager. According to Le 10 Sport, the Gunners had an opening bid rejected and could return with an improved offer to land Luiz’s signature.

The 31-year-old as briefly a favourite under Unai Emery at Paris Saint-Germain (2016/17) before he was sold to Chelsea in late-August 2016 and could reunite with his old boss at the Emirates Stadium this summer. Luiz has fallen out of favour at Stamford Bridge, making just 10 Premier League last season, and could be open to a move as a result.

It’s his second stint with Chelsea, having initially joined from Benfica in 2011 before leaving three years later for PSG. Luiz spent two years in Ligue 1 when Chelsea brought him back to London and has made 55 appearances across the board since. With Cesar Azpilicueta, Antonio Rudiger, Andreas Christiansen and Gary Cahill preferred at centre-back, Luiz might have to search for a new club.

Arsenal are looking to strengthen their backline this summer, with Head of recruitment Sven Mislintat identifying the defence as a problem area due to a lack of experience – Per Mertesacker has retired and Laurent Koscielny is injured.

The Gunners could go into next season with Shkodran Mustafi, Rob Holding, Calum Chambers and Konstantinos Mavropanos, so a more experience addition is needed. Sokratis Papastathopoulos is expected to join from Borussia Dortmund and Luiz may follow him.