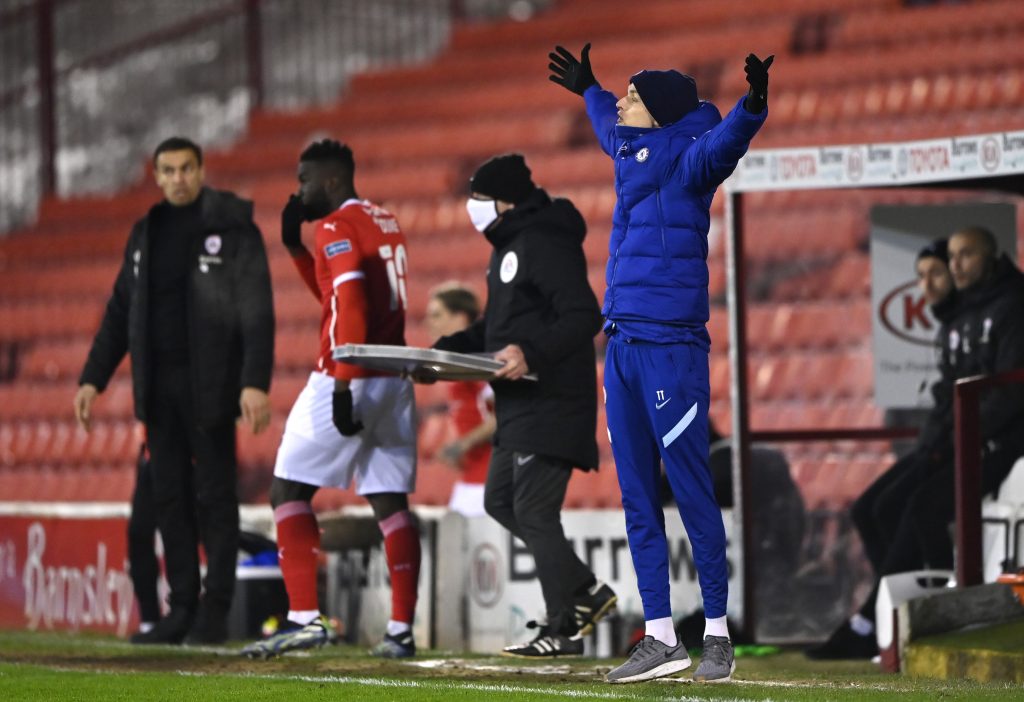 Former Arsenal defender Martin Keown says that Thomas Tuchel should “sit down and keep quiet” when Chelsea are playing.

Keown, who commentated on the Blues’ FA Cup victory at Barnsley on Thursday, was unimpressed with Tuchel’s animated behaviour on the touchline.

“Tuchel has come through the door and he’s had five very good results,” he told talkSPORT. “Chelsea showed a different side to their game last night with some character.

“But you’ve got to limit the messages that come across. He was up on his feet, he was really angry last night.

“It’s one of those, ‘boss, can you just keep quiet because I need to concentrate, it’s a difficult pitch here. I’m over the white line, let me play’.

“I thought he got the balance a little bit wrong. Look, I’ve not done the job and it must be really frustrating to get your point across, but he’s got to find a balance.”

“Chelsea showed a different side to their game last night with some character.” Perhaps Tuchel’s urgings contributed to that?

“He was really angry last night.” Maybe he wasn’t best pleased with how his team were playing?

“I’ve not done the job.” No, Keown, you haven’t and that is the key point here.

Sure, Keown managed to blag a few medals during his playing career, largely off the back of others, but when it comes to managing teams his experience is zilch.

With Keown’s ‘punditry skills’ also leaving a lot to be desired, his comments on Tuchel are ill-advised at best.

If anyone needs to “sit down and keep quiet”, it is not the guy who has won silverware as a manager in Germany and France.