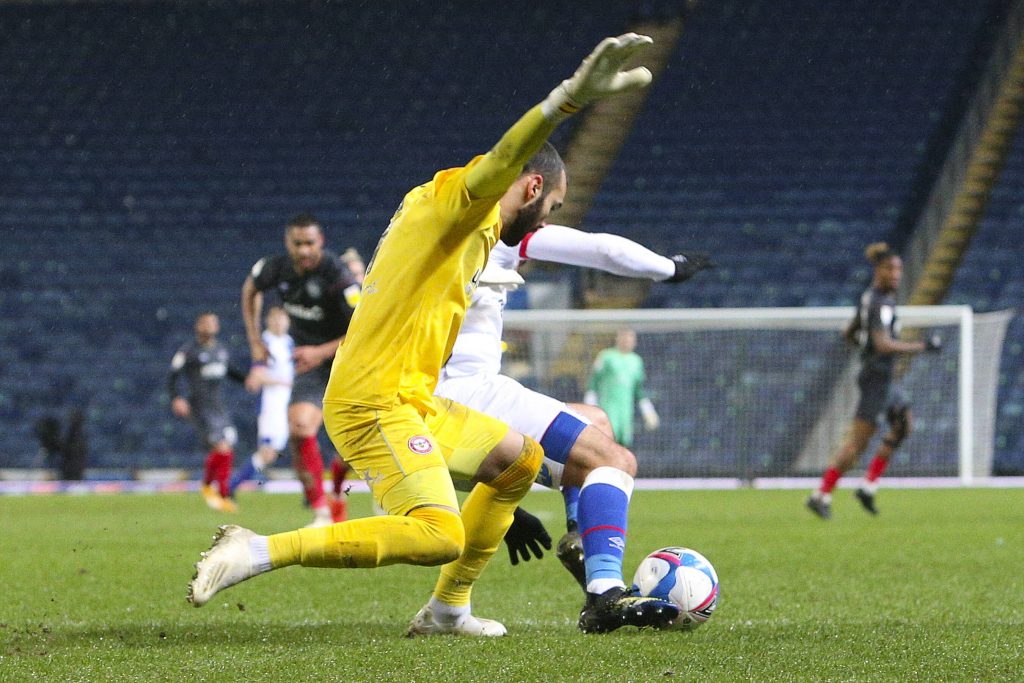 No-one in football likes losing. However, the feeling of hurt is undoubtedly heightened when something negative happens during a game.

That was certainly the case on Friday evening, as Brentford rode their luck to secure a 1-0 victory at Blackburn Rovers.

In addition to being denied two clear penalties, the home side also suffered the blow of losing playmaker Bradley Dack to another serious injury.

Dack has only recently returned from a lengthy spell on the sidelines, but his comeback looks set to be short-lived.

We all hate losing but tonight the football match becomes insignificant when you see one of your brothers hurt. My thoughts and love with you @BradDacks40 💙🙏🏽

A clash with Brentford goalkeeper David Raya resulted in Dack being stretchered off with a serious knee injury – a heartbreaking development for a player who has just battled back from a similar issue.

Raya’s part in the incident cannot be underplayed. The Spaniard previously played for Rovers before joining Brentford in 2019.

Although he showed signs of promise at Ewood Park, it is fair to say that he often displayed erratic tendencies.

These came to the fore for the Bees in last season’s Championship play-off final, as his brainless howler handed Fulham promotion to the Premier League.

Raya’s propensity for eccentricity was once again on display on Friday evening, with his recklessness consigning Dack to another lengthy spell on the sidelines.

The 25-year-old has repeatedly been linked with a move to Arsenal over the past couple of years, but his antics against Rovers demonstrated why he isn’t a Premier League goalkeeper.

Given Raya’s ability to mess up, don’t be surprised if he is responsible for Brentford missing out on promotion from the Championship for the second year in a row.