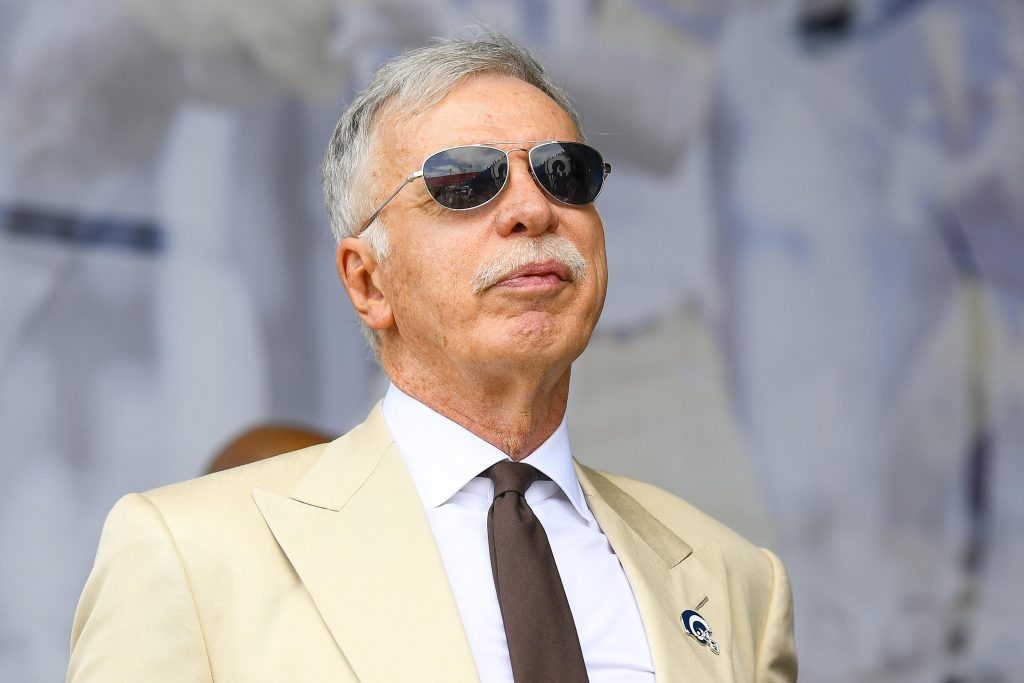 Arsenal are braced for fan protests when the Gunners host Everton at the Emirates Stadium on Friday evening, according to the Evening Standard.

Arsenal were one of six Premier League clubs to announce their involvement in the creation of a controversial European Super League (ESL).

The new competition was heavily criticised in the footballing world, with pundits, fans, clubs and governing bodies coming together to condemn its creation.

After a couple of days of widespread criticism, the six English clubs formalised their withdrawal from the ESL.

As a result, Juventus chief Andrea Agnelli admitted the competition will have to be put on the backburner.

However, Arsenal’s involvement in the original plans have sparked a new fan drive to kick Stan Kroenke out of the club.

The American businessman has been a controversial figure at the head of the Gunners for several years now.

The Evening Standard are now claiming Arsenal are braced for a new round of protests ahead of the clash with Everton on Friday.

The Gunners will host Carlo Ancelotti’s side at the Emirates at 8.00 pm, with the game being broadcast on Sky Main Event.

According to the Evening Standard, ‘there is growing unrest among supporters towards owner Kroenke.’

They continue by explaining protests were planned for Friday before Arsenal pulled out of the ESL.

However, ‘the protest at Emirates Stadium is now expected to centre around fan discontent with Kroenke and his running of the club.’

SL View – Will this give fans momentum to make real changes?

The biggest mistake from the ESL debacle is that the club owners severely underestimated the fans.

This is becoming all too common in football, and now there is real momentum for change among the ‘Big Six’ clubs.

Manchester United fans have renewed hope they could usurp the Glazer family, while Liverpool supporters are also using this momentum to put pressure on FSG.

Now, this is a real chance for Arsenal fans to push Kroenke out of the Emirates.

Several figures have sensed this, with Ian Wright calling for action against the American owner on social media.

There may never be a better opportunity for Arsenal fans to put pressure on a man they have wanted out for years.

Read Also: Andrea Agnelli wanted Super League to compete with Call of Duty and Fortnite.
Join our Telegram channel to stay up to date on breaking news coverage