Arsenal are ready to battle Tottenham Hotspur for Ajax defender Joel Veltman in the summer. The Gunners are looking for alternatives elsewhere, as the future of skipper Thomas Veramelen still unclear, it is thought that Wenger has taken keen interest in the 22-year-old, sees the talented defender of Amsterdam a perfect backup for the current defenders he has at disposal. 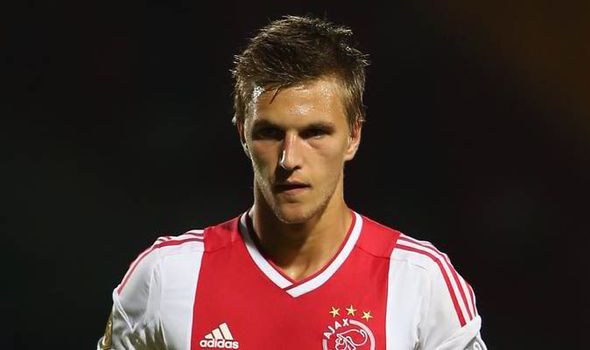 According to the Telegraph, Spurs are also interested in Veltman as a replacement for Jan Vertonghen, who might leave the club in the summer.

Spurs snatched a deal for the former Ajax defender from Arsenal couple of years ago, but may lose the Belgium international, after Vertonghen admitted he would assess his options if Tottenham miss out on Champions League qualification.

Vermaelen started his Arsenal career with a bang but has now fallen behind behind Laurent Koscielny and Per Mertesacker in Wenger’s pecking order.

Veltman could be a good squad player for either of the London clubs. Can Arsenal move quickly and snatch a deal ahead of Spurs?