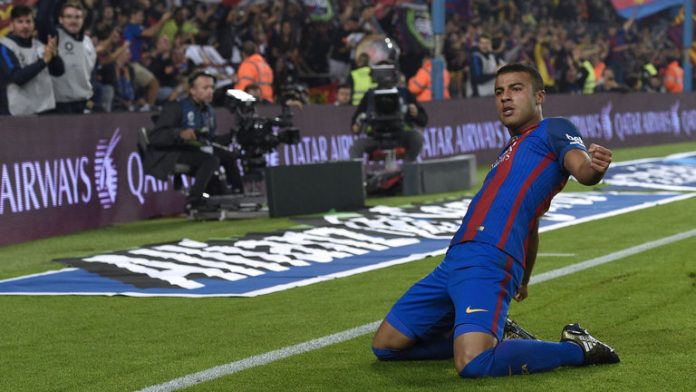 According to Spanish media outlet Sport, the player’s father and agent, Mazinho, will meet with Barca representatives this week about a transfer away from the club.

The 25-year-old spent last season on loan with Inter Milan, but the Serie A club are reluctant to pay the €35 million asking price.

Italian giants AC Milan have also been monitoring the midfielder’s situation at the Nou Camp.

Rafinha was a product of Barca’s academy, coming through the ranks with his brother Thiago.

He has scored 11 goals in 79 appearances since stepping up to the first team in 2011.

The London club were offered the chance to sign Rafinha last summer, but an injury scuppered the possibility of a deal being struck at that stage.

However, the opportunity to play Champions League football with Spurs could hand them the edge in the race to sign the midfielder.