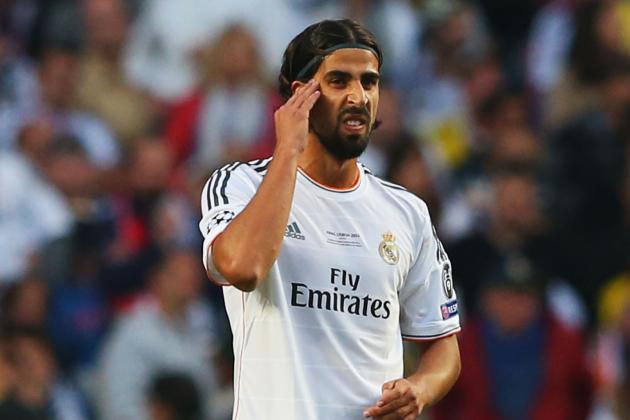 Arsenal and Manchester United have suffered a massive blow in signing Sami Khedira after the midfielder has agreed a deal to join Juventus.

The North London side and the Red Devils were keen on landing the midfielder in the summer transfer window as his contract at Real Madrid was set to run down on 30 June. He rejected a chance to sign a new deal and spent most of time on the bench in the final few months at the Spanish capital club.

Arsene Wenger’s side and the 20-times English champions wanted to sign him on a free transfer. However, Khedira has snubbed a chance to join the Premier League clubs and has decided to make a switch to Italy.

The German international will sign a new four-year deal with the Champions League final, which will keep him in Turin until 2019.

“The 28-year-old, who will officially join from Real Madrid on a free transfer on 1 July 2015, has agreed terms on a four-year contract which expires on 30 June 2019.”

The Old Lady’s transfer business in the last few years have been exceptional. One of those was Paul Pogba, who was sined from Manchester United as a free agent. The French international has gone to become one of the best midfielders in the world.

Several clubs are chasing Pogba and he could be set for a bidding war in the summer transfer window. Khedira’s arrival could see the former United midfielder make a switch away from his current employers.