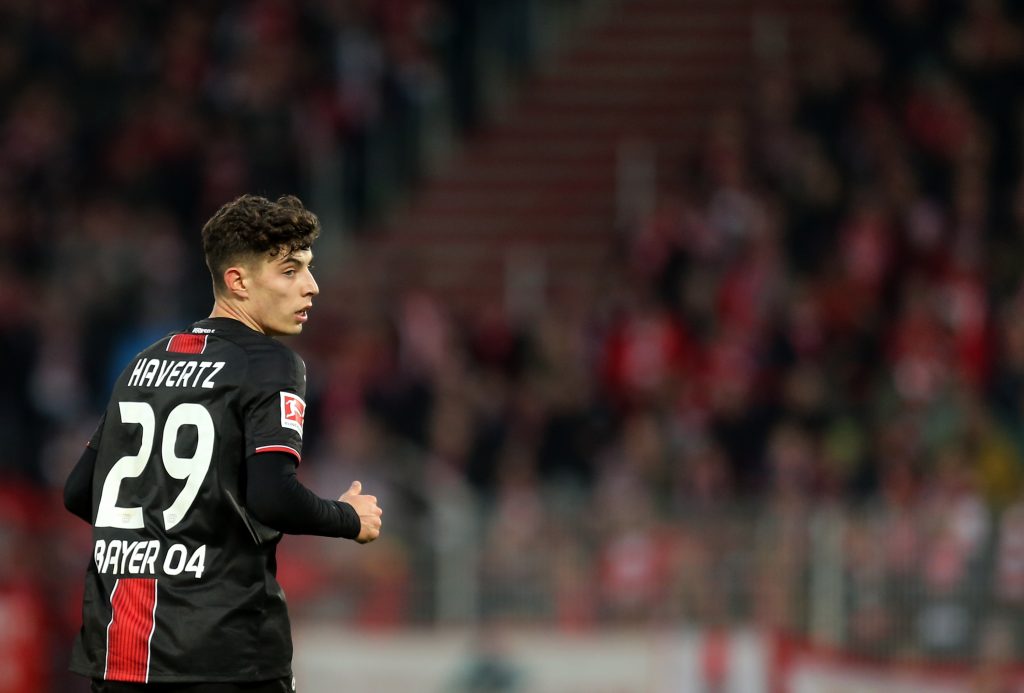 Arsenal and Chelsea are said to be keen on landing the signature of Bayer Leverkusen attacker Kai Havertz, Italian journalist Nicolo Schira has claimed.

The Germany international has been a consistent performer for Leverkusen over the past 18 months and his form has been splendid during the backend of the current season.

Since the winter break, the 20-year-old has been in fine touch for the Bundesliga outfit and he has bagged 11 goals and seven assists from just 17 outings across all competitions.

As per Schira, the likes of Arsenal and Chelsea are among the Premier League clubs holding a keen interest in the versatile forward, who is also on the radar of Real Madrid and Bayern Munich.

He added that Leverkusen could be prepared to sanction the German’s sale in the next transfer window but they are expected to demand at least £72m (€80m) for his departure.

Both the Gunners and the Blues are looking for attacking reinforcements this summer but it has been previously claimed that the former may focus on swap deals and free transfers.

The north London side have been hampered financially by the coronavirus pandemic and it appears highly unlikely that they can meet the valuation for Havertz this summer.

On the other hand, Frank Lampard’s side should be in a better financial state, given they should have additional funds in their kitty after their recent transfer ban.

The west London side have not spent on new signings in the past two transfer windows but they have recruited Hakim Ziyech (£33.3m fee), who will join them from Ajax this summer.

It remains to be seen whether the Blues can beat the likes of Real Madrid and Bayern in the race to sign the forward, who has represented Germany on seven occasions.

Havertz has featured in the attacking midfield, right wing and centre-forward positions this term. He has been most successful leading the line with seven goals from seven games.